Despite opposition from many nation safety groups, in November 1995 Congress gave the states permission to raise speed limits. Opponents had testified that raising speed limits would cause and additional 4,400 to 6,000 deaths per year. Fortunately, it didn’t work out that way.

Fatalities did not increase. They did not rise by the 10 to 14 percent expected by the opponents of the change, nor even by the 2 to 3 percent that would be expected from recent trends. Instead, fatalities fell by 0.7 percent. This surprising outcome was not the result of a decline in travel: Total vehicle miles rose 1.8 percent between 1995 and 1996.

Although Congress gave permission to raise speed limits in November 1995, it took the states a while to create and pass new legislation, and only half of those that did react had done so by May 1996. The graph shows what happened as the new speed limits were phased-in during 1996. 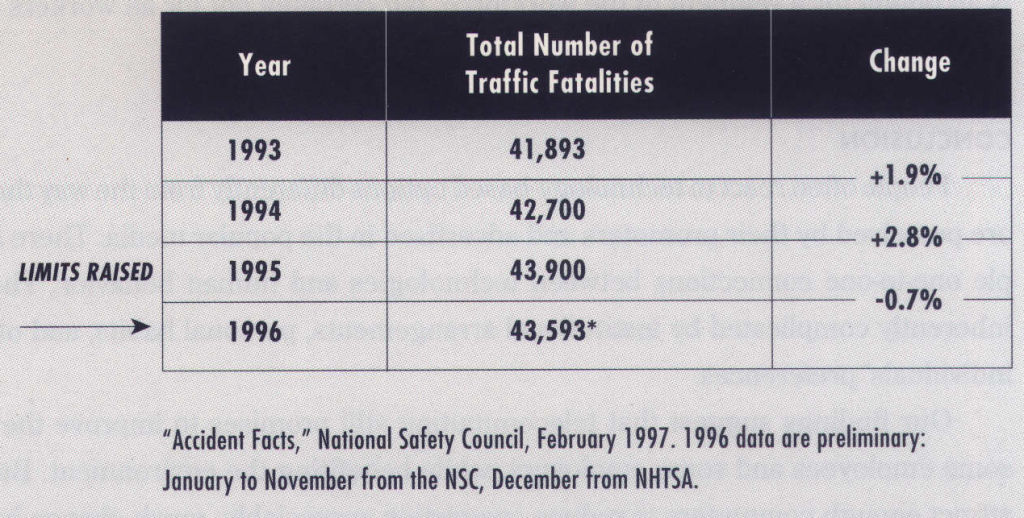 Why didn’t fatalities increase in 1987 and 1996 as had been widely expected? My research cited three possible factors. Part of the answer is contained in testimony given to Congress by senior highway-patrol administrators. They said that pressure from the federal government to enforce compliance with the 55-mph limit had forced them to take patrol officers away from other safety activities and move them to the task of speed-limit enforcement on Interstate highways, even though they did not believe that action was the best use of their patrol resources. This opinion was widely shared among the state highway-patrol chiefs. In 1988 their national organization passed a resolution that stated:

“Federal demands to enforce the 55-mph limit] force the overconcentration of limited resources for the express purpose of attaining compliance rather than application of resources in a manner most effectively enhancing total highway safety.” 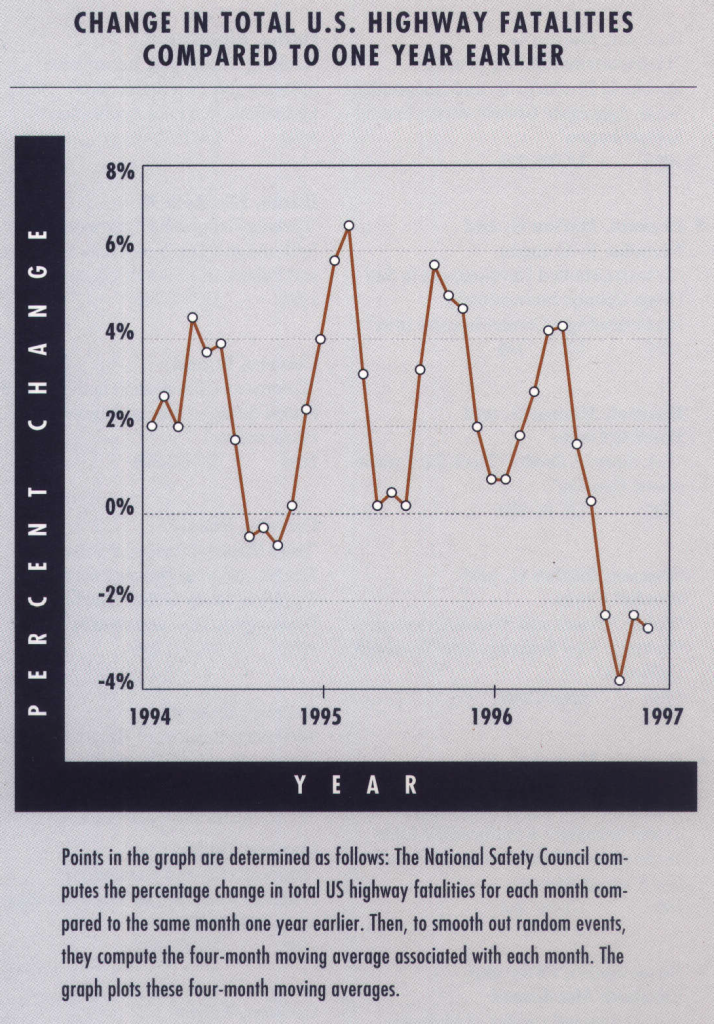 There might also have been a reallocation of traffic when speed limits were raised. Previously, if a driver wanted to go faster than the limit on the heavily policed Interstate highways, he might have moved to one of the parallel two-lane roads. Though much more dangerous, these roads had very little speed enforcement. Raising speed limits would lure such drivers back to the Interstates, thus reallocating traffic from dangerous roads to safe ones.

Finally, speed variance among cars may have decreased when speed limits were raised. Speed variance is highly dangerous because it produces more overtaking and passing and hence more chances for collisions. Thus when setting speed limits, it is critical to choose a limit that drivers are willing to obey. Suppose most drivers wanted to go faster than 55 mph: some obeyed the limit, some ignored it. Raising the limit would give the law-abiding drivers a chance to speed up, hence reducing speed variance and increasing safety.

These results do not imply that we should raise speed limits even further as a quick and easy way to increase highway safety. But it should be clear that the conventional wisdom – “speed kills” – is not a complete picture of the world. Highway safety is a much more complex matter, and should be analyzed as the outcome of a system of interdependent behaviors.