Travel for the Fun of It

Some people love the journey as much as the destination.

A seeming truism, repeated countless times in university transportation courses, holds that “travel is a derived demand.” That is, travel occurs because someone wants to do something somewhere else. This basic proposition underlies most policies designed to reduce motorized travel and thereby reduce congestion, increase safety, improve air quality, or reduce consumption of nonrenewable energy resources.

For example, some land use policies seek to place residences at high densities close to work and shopping, with the aim of reducing trips to reach frequently visited destinations. Telecommuting, teleconferencing, and teleshopping present possibilities for people to engage in their usual activities, substituting communication for transportation. The implicit assumption that travelers are cost minimizers also underlies various pricing strategies aimed to induce fewer or shorter trips (congestion pricing, higher fuel taxes, higher parking fees). By increasing the cost of getting there, the theory contends, we can reduce the attractiveness of some destinations and thus reduce the volume of travel.

However, two types of travel appear to be at odds with the derived-demand concept. First is the phenomenon of joyriding— trips themselves being the desired activity. These trips have received little if any attention in trip-generation models, implying that their magnitude is considered too small to be important, or that their complexity and variation defy our modeling capabilities, or simply that they fail to fit that truism underlying the models.

Second is the phenomenon of excess travel—unnecessary mileage attached to routine trips, such as the journey to work. Our research suggests that some excess mileage can be attributed to nothing more than the desire to travel. The benefits enjoyed are independent of and in addition to those associated with getting to the destination.

None of this is news, of course. Joyriding has long been associated with automobiles, but recreational travel has been an outgrowth of virtually every means of transportation ever known (consider horseback riding or sailing). A recent MIT study observes that the transition from slow transit to fast automobiles and airplanes is making for more miles traveled per capita. An Australian study finds that satisfaction with hypothetical commuting times is highest at about fifteen minutes, implying both longer and shorter times are less satisfactory. Some of our own earlier work on the demand for telecommuting found that not everyone who is able to telecommute chooses to do so—that some enjoy the regular commute even when they don’t have to take it.

There’s been a lot of commentary recently on attitudes toward automobiles, much of it reinforcing these notions that people desire travel for its own sake. Automobile advertisements frequently play to the desire for mobility: “It’s an unrestricted round trip ticket to anywhere” (Acura Integra); it “takes me places roads don’t even go” (Ford Explorer); “a car so advanced, it might set telecommuting back a few years” (Honda Accord). These themes doubtless resonate with a number of automobile consumers, such as the one recently spotted on a California highway with a vanity license plate reading “BRN4TRVL.” 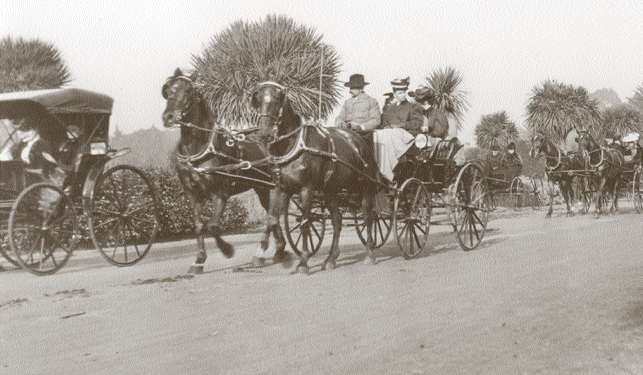 Our research clearly indicates that people like to travel. And they do so for many reasons that may have nothing to do with practical considerations like getting to work or gathering provisions. People go out seeking adventure, looking for novel, exciting, or unusual experiences—and travel is part or sometimes all of the experience. They look for variety from monotonous routine, sometimes deciding to take a different, perhaps longer route home from work. Many people declare their independence and control over their own lives by driving their cars whenever and wherever they wish. And everyone knows that one way of flaunting status is through travel—to a prestigious vacation spot or in a bright convertible or large luxury car.

Some people find their commute time creates a much-needed transition, or buffer, between their states of mind at work and home. Lots of people take off because they like to be outdoors. (Ted Leonsis, president and CEO of AOL Studios, says that the biggest competitor to AOL is “nice weather.”) Sometimes the need to take of f has to do with escaping something or someone that’s oppressive—Aunt Kate coming to visit, perhaps, or the sound of the neighbor’s weed whacker. Scenery, interesting crowds, anything might induce a person to take the long way home. And some people like being efficient, adding tasks to their trip in order to be more productive while they’re out and about.

In an effort to learn about peoples’ attitudes toward travel, both overall travel and for specific trip purposes 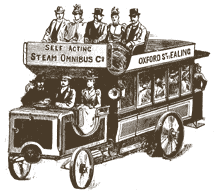 and by specific modes, we surveyed a randomly selected sample of households in three San Francisco Bay Area cities representing a variety of land use patterns. We got back about 1900 useable responses. We had designed the questionnaire to reveal demographic characteristics, attitudes toward travel, lifestyle, personality traits, and amounts of travel. Our aims were, first, to measure respondents’ affinity for travel and, second, to relate travel preferences to their identifiable personal attributes. There is much analysis still to be done on the latter, but we can tell here what we’ve discovered so far about the former.

Our data clearly suggest that travelers are not cost (or distance) minimizers. For example, consonant with that Australian study, workers reported that their ideal one-way commute time is just over sixteen minutes on average. Only 3 percent desire a zero-to-two-minute commute, suggesting that entirely eliminating the commute does not resonate with most people as desirable.

In comparing workers’ actual commute times with their stated ideal, we found that for a sizable minority (42 percent) of the sample, the two times are about equal. These people have either succeeded in achieving their ideal, or they have rationalized their ideal to match reality. Not surprisingly, fully half (52 percent) of the respondents are currently commuting at least 5 minutes longer than their ideal time. But an interesting 7 percent of the sample wants to commute longer than they currently do. Naturally enough, this group tends to have relatively short commute times now, but it does illustrate that it’s possible to have a commute that’s too short. Taken together, these results strongly suggest that commuting is not unequivocally a disutility to be minimized. Rather, there is an optimum to be achieved, and it is possible to fall short of that optimum on either side. We’re now trying to model the ideal commute time as a function of such objective variables as traveler demographics and actual travel time, and such subjective measures as the desire for adventure.

When we asked about overall travel patterns (i.e., for all trip purposes), respondents revealed a clear propensity toward excess travel. More than three-quarters of them reported that they sometimes or often traveled “out of the way to see beautiful scenery,” “to explore new places,” “on a new route to a familiar destination,” or “just for the fun of it.” We also asked respondents whether they want to travel more or less, distinguishing between short-distance trips of less than 100 miles and long-distance—both recreational and work-related—trips of more than 100 miles one-way. We think of those wanting to travel less as surfeited, those at the other end as deprived, and those in the middle as satisfied. 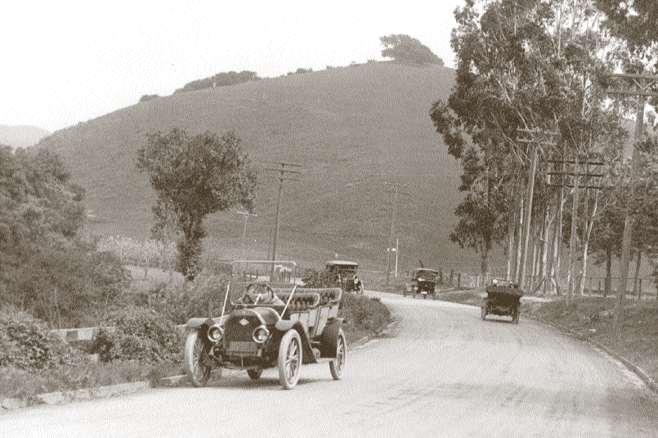 It’s evident that a great many people enjoy long drives to vacation spots, some even driving very long distances as a major ingredient of their vacations. The popularity of mobile house-trailers and Winnebagos, that permit one to travel while living “at home,” is a telling indicator that sheer travel can serve as a medium for absorbing leisure 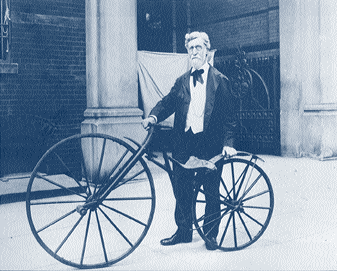 time and as an integral form of recreational activity. Even when combined with visits to national parks and other en route destinations, the travel per se seems to be an important component of a vacation’s activities. To be sure, it would be difficult to separate a subjective evaluation of the time spent in one’s car from the time spent hiking or fishing. So too with distinguishing the pleasurable aspects of the commute from the instrumental value of getting to work. The stereotypes suggest that for most commuters the trek by car to and from one’s job is a miserable bore, especially when roads are congested. And yet, for some the commute—even a slow one—can be enjoyed as a chance to be alone, to listen to the radio, to talk on the cell phone, or to talk to one’s self. Despite the expressed desire to reduce short-distance travel shown in Figure 1, the degree of liking (or at least indifference) toward the short-distance travel shown in Figure 2 suggests that people may not be highly motivated to do so.

Overall, our findings firmly indicate that some people just love to go, even when they’re going nowhere in particular. The additional evidence from Israel, Australia, and elsewhere, as well as our hunches, convince us that a thirst for mobility is universal, that it’s not peculiar to Americans or Californians, although its intensity varies by individual, trip purpose, and idiosyncratic circumstances. The policy implications are important: people who love to travel are unlikely to welcome neo-traditional neighborhood development policies and other efforts aimed at reducing their auto travel. This is not to suggest that these people value accessibility less. They want to reach work, the grocery store, and the dentist as easily as anyone else. But it does mean that they are willing to trade away access-by-proximity for access-by-travel. They want it all: mobility and accessibility. The intensity of our respondents’ preferences suggests that, so long as they’re free to decide for themselves, they’ll continue to travel for the fun of it.

Perl C. Ramon, Sociological Aspects in the Analysis of Travel Behavior in an Urban Area: Jerusalem as a Model, Ph.D. Dissertation (The Hebrew University, Jerusalem, 1981) (Hebrew).

Andreas Schafer and David Victor, “The Past and Future of Global Mobility,” Scientific American, pp. 58–61, October 1997.

Martin Wachs and Margaret Crawford, eds., The Car and the City: The Automobile, The Built Environment, and Daily Urban Life (Ann Arbor, University of Michigan Press, 1992).