Many societies are mobile and affluent while others are immobile and poor.

The coming millennium will be a time to look back and to look ahead. But we should also look around. We share a planet whose societies have become closely interdependent but grossly unequal. A small minority are mobile and affluent while the majority are immobile and destitute.

There are forty-nine countries classified by the World Bank as low income. These are home to more than three billion people, over half of earth’s population. Their income per capita averages about a dollar a day. Americans have average incomes eighty times higher. The poor countries suffer an enormous backlog of needs—from food and shelter to health care, schools, and all conceivable goods and services. In a global economy there is growing 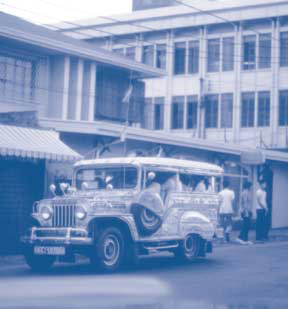 pressure to alleviate these conditions, in part for humanitarian reasons and in part because continuing global prosperity is contingent on the very large volume of trade with developing countries and on the foreign investment opportunities they provide.

Without effective transportation and access to jobs and resources, poor countries cannot provide for their own basic needs, much less contribute their share of world production; and they cannot help prepare for the additional two billion people coming before 2025. Insufficient transportation may ultimately lead to critical shortages and skyrocketing prices that can threaten growing prosperity and world peace.

While poor countries have the most dramatic transport difficulties, our country has its share of problems too. After years of advances in mobility, some negative trends are appearing. The general quality of transportation is declining, with traffic congestion, parking shortages, and ever-increasing pollution eroding the vitality of cities and threatening efficient operation of both passenger and freight systems.

These conditions, affecting both rich and poor nations, show that transportation problems are universal. People in most countries complain of traffic congestion, air and noise pollution, poor public transport, inadequate maintenance, high accident rates, insufficient funds, and the disappearance of open space. Thus there probably are a few common causes and, in turn, some generally applicable remedies. To identify such commonalities, we must launch a major program of comparative international studies.

We view transportation much too narrowly. It’s not just a way to move people and freight around. It’s basically a way to achieve the goals of society—whether the goals are growing food, commuting to work, expanding production and trade, building better cities, creating jobs, or reducing poverty.

A systems approach would expose ways of increasing mobility while also revealing ways of reducing the need for moving. We transportation professionals should be addressing transportation as a means for achieving larger goals, rather than as an end in itself.

Widespread resistance to confronting whole transport systems keeps us from treating transportation as a component of the larger societal system. Instead we focus on individual projects, single modes, local plans, and competition rather than cooperation. Recently we’ve made progress in the organization and operation of intermodal freight systems, reflecting the dramatic technological developments in containers, computers, and telecommunications. Real-time coordination of road, rail, sea, and air carriers is increasing awareness of transport systems’ global reach and of the intricate functional interdependencies that make these systems such powerful agents of economic and social development. These ramifications call for systemwide solutions that affect not only transportation supply but also the policies and programs that affect transportation demand. Demand can often be reduced by 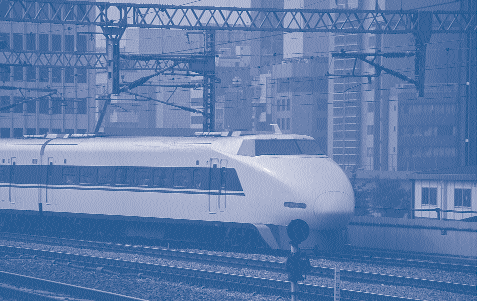 improving the urban environment, by designing transport-conserving communities, or by using telecommunications to reduce the length and frequency of commuter trips.

Transportation providers pay little attention to the larger context of transportation problems—how each mode contributes to traffic in relation to other modes. To do so requires institutions equipped to build partnerships and to engage in joint ventures. While some problems call for greater mobility, others call for easier access. In turn, all require active coordination for expanding transport services, shaping land-use developments, and guiding investment in new industrial and commercial enterprises.

Limitations of available resources, both material and fiscal, call for prudent management. Transportation resources can be conserved by more efficiently using what we already have. Just as water supplies are being stretched by cleaning distribution channels rather than by tapping new sources, more use can be derived from existing travelways. Electric power companies are giving away energy-efficient equipment, knowing that a given amount spent on conservation can produce more energy than the same investment in additional generating plants. Improved management of travel demand promises similar returns in the transport sectors.

means to improve human conditions. As an example, consider Singapore, a formerly poor country that overcame many obstacles and emerged as one of the world’s richest nations.

In 1960 Singapore confronted its intense traffic problems in the larger context of supplying housing, jobs, and income security for its people. It launched a massive program of urban redevelopment and simultaneously created new planned communities on the outskirts to accommodate industrial and population growth.

Transportation became one of several means for moving out of wretched living conditions and into decent urban  settings. Through redesign and relocation, old city slums were transformed by scenic boulevards, waterfront parkways, and allocation of space for housing and industrial estates, parks, schools, and various urban amenities.

A tiny island nation may not be the first model one would turn to for an American city, but Singapore’s unique experience nevertheless demonstrates how transportation can provide a means for achieving a society’s goals. The goals in this case were economic and human development; the means were jobs, education and training, modern housing, and the creation of transportation services and city-building industries that, in turn, would help to fuel further economic development. 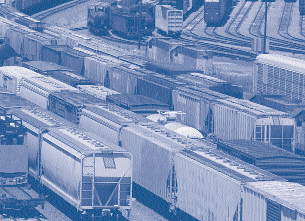 Congestion everywhere has reached a destructive level that demands better use of transportation and communication—not to increase concentration, but to disperse the population in an orderly manner and to stop random spillover into the surrounding countryside.

Most urban planning efforts have centered on monumental capitals and government headquarters or on communities designed mainly for upper-income residents. Plans do not yet adequately address the needs of lower-income groups.

There’s a wealth of material for international case studies of moderate-income planned communities, such as Tama and Senri in Japan, Tema in Ghana, and the Fifteenth of July, a new town outside Cairo. Data about these places await the comparative case studies that will help us understand the details of how transportation and communication can foster livable and transportation-friendly communities. As we face the imminent explosion of urban populations, an international commitment to institutional, financial, and managerial assistance can spell the difference between a prosperous and a desolate urban future.

Research on the substitution of telecommunications for transportation suggests a high payoff. The first information highways emerged in the United States 100 years ago with the mail system. After Congress authorized the Rural Free Delivery System, farmers agreed to clear the roads for all-weather mail delivery in order to be included in the RFD system. It turned out that access to magazines, letters, and other sources of 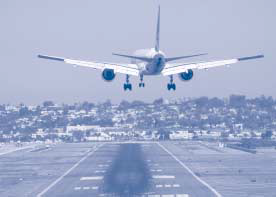 information became a greater stimulus to development than the availability of transportation alone.

The effects of communication with the outside world were also apparent when the first telephones came to villages in India a few years ago. While the decades-old dusty roads led to no awakening, the new communications marked a significant increase in economic activity, political and social intercourse, rising bank deposits, and greater ability to finance still further transport improvements.

With the introduction of low, earth-orbiting satellites, highways are secondary to skyways in bringing modern technology to low-income areas. Already, telecommunication-service centers offer new options to farmers and businesses, allowing those unable to afford such hardware to send e-mail or faxes, or to rent a web page and advertise their products throughout the world. Telecommunications, in conjunction with transport improvements, can lead the way to economic development and support of the resulting trade and travel.

Nature itself seems to encourage global interaction. The world is equipped with built-in transportation channels available free of charge whenever humans learn to take advantage of them. The oceans support great bulk-cargo carriers and container ships that interconnect the continents. Aircraft carry people and goods on airways that have no need for construction or maintenance. Information and a host of services are delivered electronically through the atmosphere, and the floor of the sea provides the rights-of-way for thousands of miles of fiber-optic cables.

But nature provided no such gifts for transportation on land. Land transport was left to humans; and, while roads and rails have increased mobility and access in wealthy places, the cost of building and maintaining such infrastructure remains a burden in less-developed areas. Despite international aid, poor countries may have so much debt that annual charges for interest and repayment are eating into foreign exchange reserves and slowing current development programs. In some years, rich countries get more money from poor countries than the poor get from the rich. 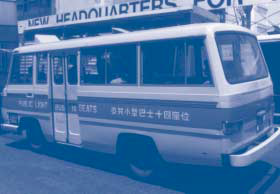 Aided countries also have difficulty maintaining the infrastructure financed on their behalf. Without funds for upkeep, hundreds of miles of roads fall into disrepair or disappear altogether. Machinery without spare parts rusts in the fields. Low-income nations need not only capital but continuing help in management and operation. Moreover, they need lasting international public-private partnerships.

Successful international partnerships are being established in the telephone and telecommunication sectors and, more recently, in the supply and distribution of energy. In transportation the public-private partnerships created to supply international air-cargo services need to be extended. More airports and highways are required to facilitate much wider networks connecting selected growth points and creating a worldwide production and marketing system.

In an era when services of all kinds cross national borders, it is time to create a global transportation system. Much of the leadership in designing and building integrated networks of transport channels will undoubtedly arise out of the transport industries themselves. Nevertheless, the transportation professions can provide the concepts and the analyses that come first. Comparative international studies are essential, if we are to attain global mobility.

So I urge the University of California and all the other transportation research centers to launch concerted programs of international studies—investigations into the potential roles of transport in developmental processes. Because transportation plays such critical roles in development, we who work in this field have a special responsibility to increase the payoffs from transport investments. Above all, we must seek to assure that the payoffs redound to the places and people that need them most.

Wilfred Owen is a former Senior Fellow at the Brookings Institution (owenarl@aol.com).