Imagine a transportation program that increases transit ridership, reduces traffic congestion, saves energy, cleans the air, and costs very little. Many American colleges offer such a program, and they have given it a variety of names—such as BruinGO, UPass, ClassPass, and SuperTicket. We refer collectively to these programs as Unlimited Access.

Unlimited Access turns student identification cards into public transit passes. The university pays the transit agency an annual lump sum based on expected student ridership, and the transit agency accepts student identification cards as transit passes. For every student on any day, a bus ride to campus (or anywhere else) is free. Unlimited Access is not free transit, but is instead a new way to pay for transit.

To learn how Unlimited Access works, we surveyed 35 universities that offered it during the 1997–1998 school year. We found that the average cost of Unlimited Access was $30 per student per year, and that 825,000 students at the 35 universities were eligible to ride free. Unlimited Access encouraged some students to shift from cars to public transit for their trips to campus, and student transit ridership increased between 71 percent and 200 percent at different universities. At one school the number of vehicle trips to campus decreased by 26 percent. The reduction in vehicle trips reduced parking demand by 400 to 1,000 spaces. Because Unlimited Access allows students to get around without a car, the university financial aid budgets suggest that it can reduce the cost of attending college by up to $2,000 a year. 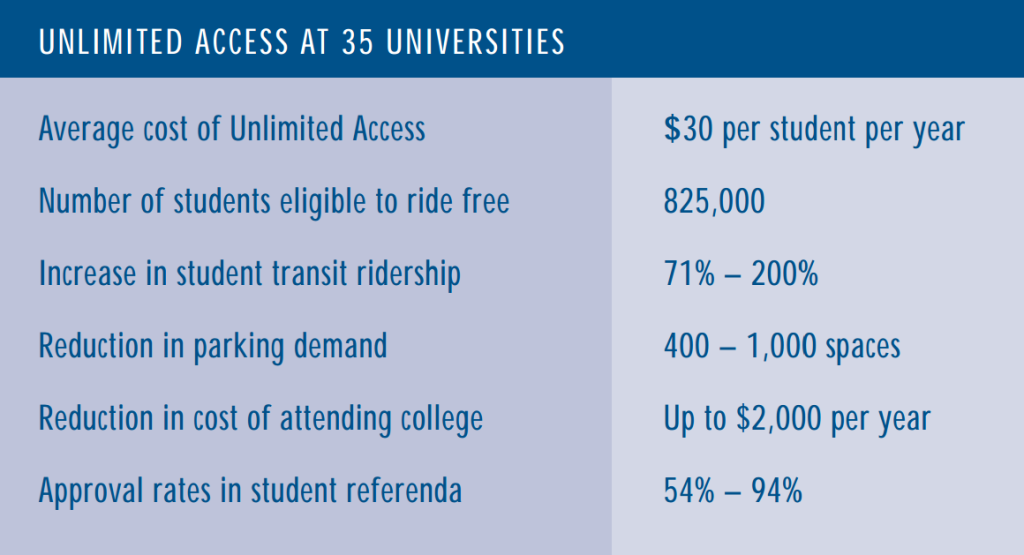 If student fees are increased to pay for Unlimited Access, the students must approve this arrangement in a referendum. The approval rates in these referenda ranged from 54 percent to 94 percent, and the yes votes typically increase in subsequent referenda as students get to know the programs. 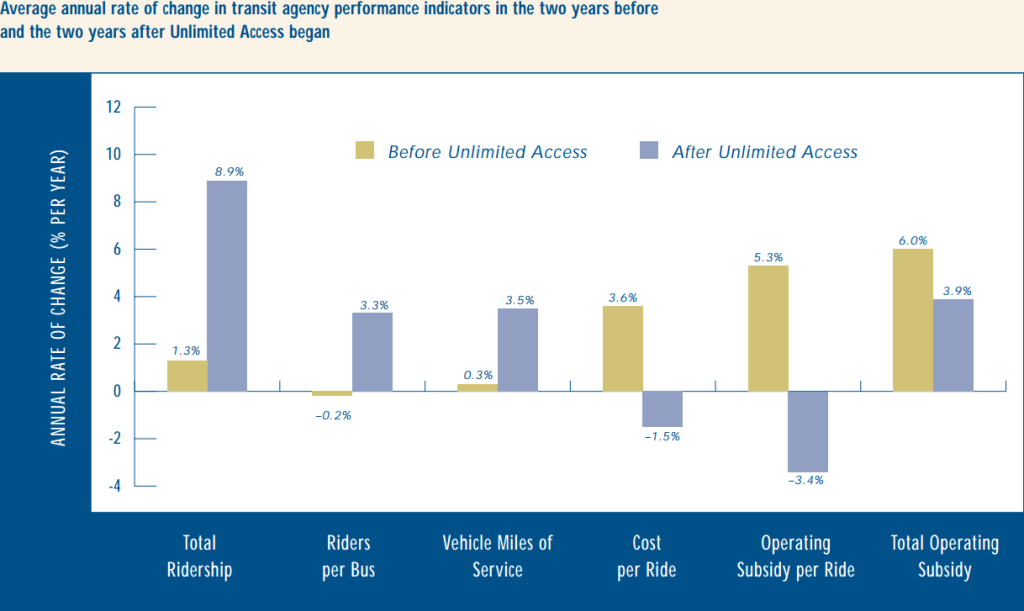