The Death Of Distance?

The merger of modern communications technologies and physical distribution systems is transforming many aspects of the shipping industries, including their locations and the way they use space. But these changes are not evidence of the promised dissolution of distance that was expected with the advent of global telecommunications. Instead, electronically sophisticated freight handlers are finding that locational considerations are as compelling as ever.

In recent years freight services have been expanding via all modes—trucks, airplanes, railroads, oceangoing ships, inland waterway vessels, and pipelines. As Amelia Regan recently reported in these pages (ACCESS No. 20, Spring 2001), this expansion has been accompanied by the incorporation of new technologies aimed at integrating producers, wholesalers, freight forwarders, retailers, and consumers. 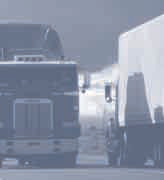 As better communications bring faster, more reliable, and more efficient handling and movement of goods, competition requires freight companies to be fast, flexible, precise, and cost-sensitive. New practices like just-in-time production and, more recently, demand-side inventory management and customer orders placed on the web are contributing to a new business model in which storage plays a lesser role and mobile inventories are the norm.

Yet the industry does not float out there somewhere in cyberspace. As in the old days, it remains rooted in local and regional geographies, but in new ways. One of the reasons the online retailer Webvan failed was that it did not pay enough attention to the fact that even virtual commerce is accompanied by—and depends on—physical distribution in material time and space. The integrated management of materials supply, manufacturing, distribution, and consumption—known as “supply-chain management”—also has important spatial implications, including enlarged geographic range and concentration of logistics functions at strategic locations. 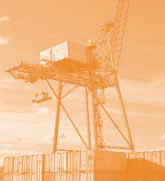 All these factors have given rise to new types of transshipment points—distribution centers (DCs)—that manage the logistics of automated and customized freight flows. Unlike traditional warehouses, which are primarily storage facilities, these centers consolidate and process materials flowing through them. The typical large-scale DC consists of loading bays for in-bound and out-bound trucks, fast-moving automated conveyors, sophisticated information systems that sort parcels and control movement from receiving docks to shipping docks, and management systems that simultaneously control transactions. These recently evolved facilities are in buildings that are larger than traditional warehouses and may be built on extensive suburban and exurban sites. Their high volume and precise inventory management require more frequent movements of smaller loads via increasing truck, parcel van, and airplane traffic. (Amazon.com distributed the last Harry Potter title by using 100 air-freight planes and 9,000 trucks to deliver the book to thousands of customers on its publication day.)

Large-scale distribution centers mark a trend toward concentration of short-term storage and inventory in a few high-throughput locations for national or continental distribution. They provide economies of scale in land, buildings, and operations; and they reflect the comparatively low costs of transportation that followed deregulation. 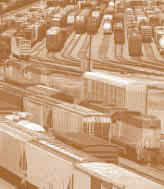 As a consequence, a new locational pattern is emerging. Manufacturing plants were once concentrated inside urban core areas, reflecting the advantages of access to labor, markets, and transport. Traditionally, freight-distribution facilities were located adjacent to production plants, and they delivered goods directly to wholesalers and retailers. Today, goods flow through few gateways, mainly large seaports and airports, on their way to customers. Economic growth, changing consumer habits, and the accompanying growth of trade and transport are provoking competition among these gateways and compelling them to expand their infrastructure. But, of course, land and infrastructure for expansion are scarce; and expansion plans evoke opposition from neighbors. So distribution centers are increasingly moving to hinterland sites where large blocks of land can be had and where freeways, railways, and airways still provide high accessibility.

These processes can be observed in traditional gateway regions, such as Los Angeles/Long Beach and New York/New Jersey, but increasingly also in the Midwest, where so-called “inland ports” are emerging in places like the Ohio River Valley. The West coast is favored as a hub location to serve consumers west of the Rockies. One of the new large DCs opened recently in California’s Central Valley, occupying 1.7 million square feet and providing distribution for IKEA stores from San Diego to the Canadian West. Even seemingly isolated Nevada is coming to be favored as a site for large-scale distribution hubs because of low land costs, low taxes, and excellent accessibility. 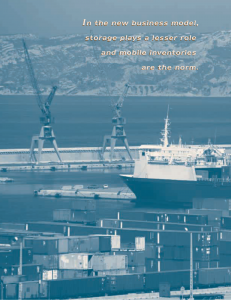 Consumer destinations and thus metropolitan regions have always been important places for distribution, reflecting the sheer volume of urban markets and the advantages of fast and flexible response to goods purchase at the point of sale. But local delivery inside urbanized areas is much more costly than long-distance shipment, in part because it must operate on congested streets, in part because it must use small vehicles with their low productivity. As a result, transshipment points remain advantageous within urbanized areas as well. We can find such urban DCs both inside and outside metropolitan centers. Nevertheless, economies of scale, newfound flexibilities afforded by contemporary communication technologies, cheap land, cheap labor, and access to both urban and nonurban transportation networks are enticing many new urban DCs out into exurban locations.

The east side of San Francisco Bay is following what may be the prototypical pattern. The classic early-industrial configuration had been firmly established there, with factories arrayed north to south, paralleling the East Bay shoreline, alongside rail-road tracks and the freeway, and near the Port of Oakland’s docks and air- port. But plans for expansion ran up against rising costs, including expensive land and heavy traffic—not to mention preferences of municipalities for non-freight-related land uses and NIMBY opposition.

So, despite the advantages of their established locations, most recent warehousing and distribution centers have been locating far eastward, across the Coast Range and into the Central Valley. Here, at towns like Stockton and Tracy, distribution firms comprise about eighty percent of all firms in new industrial districts, and ninety percent of these firms are reported to have moved from the Bay Area. This large-scale relocation seems rational, owing to their requirements for large buildings with complex networks of conveyors and the ability to expedite in-and-out cargo flows. But the externalities may prove costly.

Relocation is having major consequences for the regional distribution of economic activities. First, there’s increasing land consumption in districts that until recently were agricultural. Second, there’s significant growth of feeder and delivery trips by trucks, because many customer destinations remain located within the Bay Area’s urban core. It’s not surprising that massive truck traffic clogs the regional freeway system. 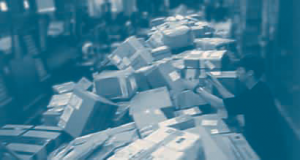 Improved freight distribution must surely be counted as a positive contribution to the efficiency of each region’s and the nation’s economy. It’s no coincidence that some cities and regions are proclaiming themselves to be desirable distribution hubs. But modern distribution systems also carry immense costs. There are internal costs of land and transport infrastructure, and then there are further external costs associated with truck noise, air pollution, traffic accidents, and exacerbated traffic congestion. Trucks operate around the clock, so these problems are not confined to certain times of day.

It is evident that the merger of electronic communication and goods-handling technologies have freed manufacturing and freight firms from traditional locational strictures. They now enjoy expanded locational freedom, able to locate almost anywhere there are roads and airports and preferably anywhere that suits their logistical requirements for efficient cargo management. But, contrary to popular belief, they are not wholly freed from the constraints of geography. Location, location, and location still matter. The shipping industry is still rooted in physical space and social contexts. The costs associated with site arrangement, cargo movement, market access, labor relations, and labor supply remain real. In these respects, little has changed.

So policy makers face another of those classic dilemmas: how to exploit the advantages of new high-tech logistics and freight-moving systems while avoiding the disadvantages of new high-tech logistics and freight-moving systems. As long as economic activity remains fixed in place and as long as geography still matters, the DCs must conform to their internal operating requirements, and urban areas must bear the costs.

Markus Hesse, “Shipping News: The Implications of Electronic Commerce for Logistics and Freight Transportation,” in Resources, Conservation and Recycling, Special Issue on Information Technology and Resource Use, v. 36/3, p. 209, 2002.