For Whom The Road Tolls: The Politics Of Congestion Pricing

Congestion pricing doesn’t face opposition that is too high, but support that is too low.

“There is nothing more difficult to take in hand, more perilous to conduct, or more uncertain in its success, than to take the lead in the introduction of a new order of things. Because the innovator has for enemies all those who have done well under the old order of things, and lukewarm defenders in those who may do well under the new.”

It is almost universally acknowledged among transportation planners that congestion pricing is the best way, and perhaps the only way, to significantly reduce urban traffic congestion. Politically, however, congestion pricing has always been a tough sell. Most drivers don’t want to pay for roads that are currently free, and most elected officials—aware that drivers are voters—don’t support congestion pricing. 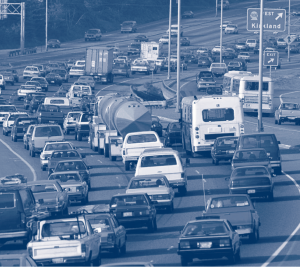 Academics have proposed a host of ways to make pricing politically acceptable. Most of these proposals focus on using toll revenue to buy the public’s tolerance, if not its support. Plans have been floated to rebate toll revenue directly to motorists, to spend it on public transportation, and to spend it on roads. Some pricing programs that have been implemented—such as those in London, Singapore, and Stockholm—spend their toll revenue on public transportation, but these programs were implemented in places where drivers were a minority. Other pricing programs, like the SR-91 toll lanes in Orange County, required building entirely new roads just to toll them. If pricing is to make a meaningful dent in American congestion, however, it will need to be put in place on existing roads in places where most people drive, and we have scant political guidance for accomplishing that task.

Cities with freeways have three attributes that make them appropriate recipients for toll revenue: their gains are certain, their residents suffer the environmental consequences of living near freeways, and their local elected officials will have a strong incentive to spend the money in a way that makes their residents better off.

The Problem Of Insufficient Support

First, we should address the obvious question: why not rebate the toll revenue to drivers? The answer is that returning the revenue to drivers solves the wrong problem. A rebate is designed to reduce opposition, but opposition is only one part of pricing’s political problem, and arguably not the most important part. The dilemma confronting congestion pricing is not just that opposition is too high, but that support is too low.

Congestion pricing lacks a constituency that derives concentrated benefits from priced roads, a group whose gains greatly outweigh its losses, and who can be certain before the fact that pricing will be to its advantage. Without this constituency, congestion pricing has few strong advocates—people or groups willing to spend time, money, and political capital to make pricing a reality. Congestion pricing may well be in the public interest, but right now it is no one’s special interest.

Even if most people thought they would be better off with congestion pricing, it would still lack strong advocates. Before a group will fight for a policy, the gains need to be big. Specifically, the benefits of the policy must exceed both the costs of the policy and the costs of mobilizing and campaigning to adopt the policy.

Drivers are a large and dispersed group, so the costs of organizing them are high while the rewards of successful mobilization are, for each individual driver, relatively low. We could therefore have a situation where congestion pricing would help every driver a little, but where no one would fight for it because it wouldn’t help any of them a lot. Think of it this way: if you offer a hundred people the prospect of $1 million each, they will likely organize and spend the time and money necessary to get it. If you offer 100 million people the prospect of $1 apiece, most will gladly accept it, but few will actively campaign for it.

Drivers make poor recipients for congestion toll revenue because they are difficult to organize and because their gains from pricing are modest. Cities, in contrast, have lobbyists and elected officials whose explicit purpose is to promote their interests and who can be effective advocates at the state and national level. The city of Los Angeles, for instance, is one of the largest lobbyists in California. And most cities already work together politically, either through informal coalitions or municipal leagues. 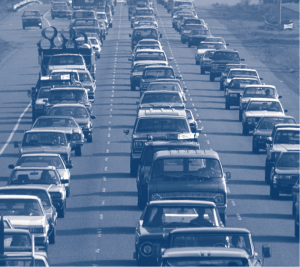 For local officials, the potential gains from pricing can be very large. The number of cities will be small compared to the total congestion revenue, so each city’s leaders will have a strong incentive to lobby for congestion pricing. Politicians can use a regional pool of money to deliver local services for their own residents. This arrangement will allow local leaders to evade the blame for congestion pricing, because someone else is charging the tolls, but capture credit for new services. The revenue will enhance their constituents’ quality of life and their own chances of re-election.

Because local elected leaders are more accountable to residents than are the appointed heads of regional transportation agencies, they would be under more pressure to spend the toll revenue in a way their residents support. Suppose the hypothetical congestion toll revenue from all the freeways in Los Angeles County were returned on a per capita basis (about $500 per person per year) to the 66 cities traversed by freeways. Each of these cities could then decide on the best way to spend its share of the revenue. Some cities might spend the money on road improvements, others on fixing sidewalks, still others on affordable housing. In this way, revenue return works with, rather than against, the fragmentation of American metropolitan areas. The many local governments in a region can choose to spend the toll revenue in many different ways. We wouldn’t have to convince an entire region of drivers—many of whom will have relatively little in common—about the wisdom of spending toll money on one or two large programs.

By contrast, consider what might happen if the toll revenue were spent on public transportation. In the United States, transit is used by a small minority, and most transit systems are oriented around center cities where most Americans neither live nor work. Affluent suburban drivers are unlikely to benefit if the toll revenue is spent on transit systems they never use in places they rarely go. They will correctly view such toll payments as transfers to another group, not as payments that come back to benefit them.

So then why not spend the money on roads? In theory this idea is sensible, but in practice it becomes complicated. Congestion tends to be worst in dense areas, and building roads in dense areas is extremely expensive and politically difficult. Congestion is heaviest in central cities and tolls would be highest there. But these cities have little room to build new freeways, and the cost of land is so high that construction would be prohibitively expensive. Building a road also takes time: even modest highway expansions undergo lengthy environmental reviews, and many endure protest and litigation. The final stretch of the 710 freeway in Los Angeles has been held up by lawsuits and protest for 42 years! Tolls paid now would not translate into new roads until years later. Given the constraints of time, money and space, a road-building authority would likely end up using toll revenue generated in the densest parts of the region to (eventually) build roads in the least dense parts—essentially transferring income from current drivers in high-toll areas to future drivers in low-toll areas. That doesn’t seem fair, efficient, or politically feasible. 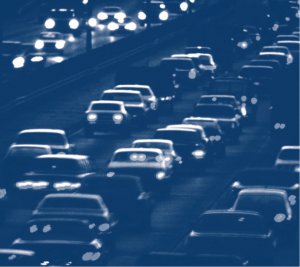 If we distribute the toll revenue to cities on a per-capita basis, the money can be spent quickly and locally, and revenue distribution is likely to be progressive. In 2000, average per capita income in LA County was $20,100 a year in the 66 cities with freeways, and $35,100 a year in the 22 cities without them. Distributing the toll revenue to cities with freeways will thus shift money from richer cities without freeways (like Beverly Hills) to poorer cities with freeways (like Compton). In their study of congestion tolls for Los Angeles, Deakin and Harvey estimated that higher-income motorists will pay most of the tolls—in part because the richest 20 percent of the population own 3.1 times more cars than the poorest 20 percent, and they drive 3.6 times more vehicle miles per day. Higher-income motorists also drive more during peak hours. As a result, high-income drivers will pay to provide added public services for low-income people.

Distributing toll revenue to cities with freeways can also help compensate for vehicle emissions that pollute the air immediately surrounding freeways. Concentrations of ultrafine particulate matter, which penetrates deep into the lungs, can be up to 25 times higher within 300 meters downwind from a freeway than in other areas. Diesel exhaust and road dust also accumulate near freeways, and pose a particular threat to children’s developing lungs. Public health researchers have shown that communities near freeways suffer from higher rates of asthma, low birth weights, cardiovascular disease, and some forms of cancer. Local revenue return of congestion toll revenue means that drivers who contribute to these environmental problems would compensate the victims.

Congestion pricing is, to borrow a line from the quote that introduces this article, “a new order of things.” It is a fundamental change in the way we think about and provide space for driving; what has long been regarded as “free” would now have a price. Those who support pricing should not be surprised that most drivers resist it. Drivers, after all, have “done well under the old order of things,” and while they may come to appreciate (or at least tolerate) priced roads, we should not expect them to like the idea beforehand.

But opposition is not the only reason so many roads are unpriced, and reducing opposition is not the same as creating support. Most pricing proposals attempt to placate those who “do well under the old order,” and fail to focus on those who might “do well under the new.” Congestion pricing will be implemented not when it is tolerable to the prospective losers, but when it is irresistible to the prospective winners.

Unlike many others who have written about congestion pricing, we do not think the toll revenue should go to drivers, transit agencies, or road bureaucracies. Claimants for the revenue should have both the means and the motivation to secure pricing’s prior approval. They must be politically powerful, they must be certain beforehand that pricing will deliver a concentrated benefit, and they must be able to use the revenue in way that quickly makes as many people as possible better off. We believe that cities with freeways fit this description, and that their local elected leaders can become the champions of congestion pricing.

Genevieve Giuliano, “An Assessment of the Political Acceptability of Congestion Pricing,” Transportation, vol. 19, no. 4, 1992.

Philip Goodwin, “The Rule of Three: A Possible Solution to the Political Problem of Competing Objectives for Road Pricing,” Traffic Engineering and Control, vol. 30, no. 10, 1989.

David King is Assistant Professor of Urban Planning in the School of Geographical Sciences at Arizona State University (David.A.King@asu.edu).

Michael Manville is Assistant Professor of Urban Planning in the Luskin School of Public Affairs at the University of California, Los Angeles (mmanvill@ucla.edu).