From Parking Minimums to Parking Maximums in London

One exception is London. In 2004, London reversed its parking requirements, eliminating the previous minimums and putting new maximums on parking supply for all developments in the metropolitan area (Figure 1). No other major city has reformed its parking requirements on such a radical, comprehensive scale. Examining the effects of this reform provides much-needed empirical evidence of how parking reforms can affect cities. 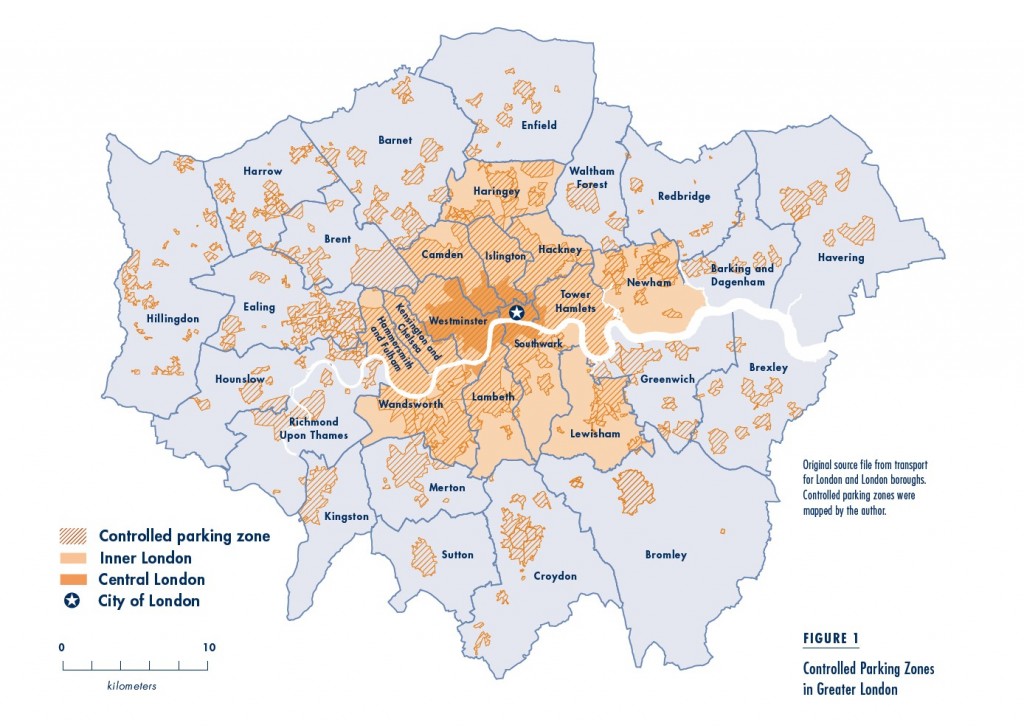 The London parking reform was part of a national agenda to transform transportation policy in the United Kingdom that began years earlier. In March 2000, the UK government published Planning Policy Guidance 3: Housing which explicitly stated that “developers should not be required to provide more parking than they or potential occupiers might want,” and that local parking standards should not result in developments with more than an average of 1.5 off-street parking spaces per dwelling.

In 2001, the government then published Planning Policy Guidance 13: Transport, which stated, “There should be no minimum standards for development, other than parking for disabled people,” and that “maximum standards should be designed to be used as part of a package of measures to promote sustainable transport choices.”

Following these national policies, the Greater London Authority (GLA), the regional government for the metropolitan area, passed the London Plan in February 2004, requiring local authorities to shift from parking minimums to maximums. As a result of the national and regional policy changes, London’s 33 boroughs updated their local plans to replace parking minimums with maximums and used these standards in the review process for planning applications.

Our sample of the pre-reform developments provided 2,994 parking spaces, or 1.1 spaces per unit (Table 1). Because some planning exceptions were allowed, the sample provided only 94 percent of the minimum 3,197 spaces required (Table 2). 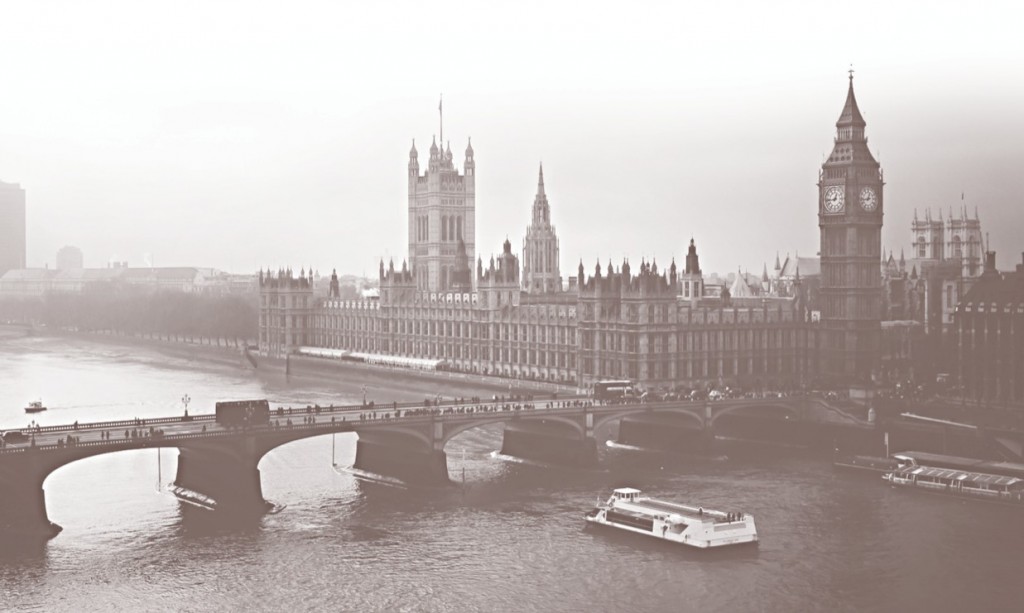 Effects of Density and Transit Accessibility

Because density and transit accessibility are integral to parking policy, we examined how the parking requirements and actual supply vary in relation to these factors using the post-reform dataset. We calculated the average actual supply, the maximum allowed supply, and the minimum required supply of parking spaces per unit for nine density levels (Figure 2) and eight transit-accessibility levels (Figure 3). Some developments exceed the maximum parking standards because each application is approved case by case. 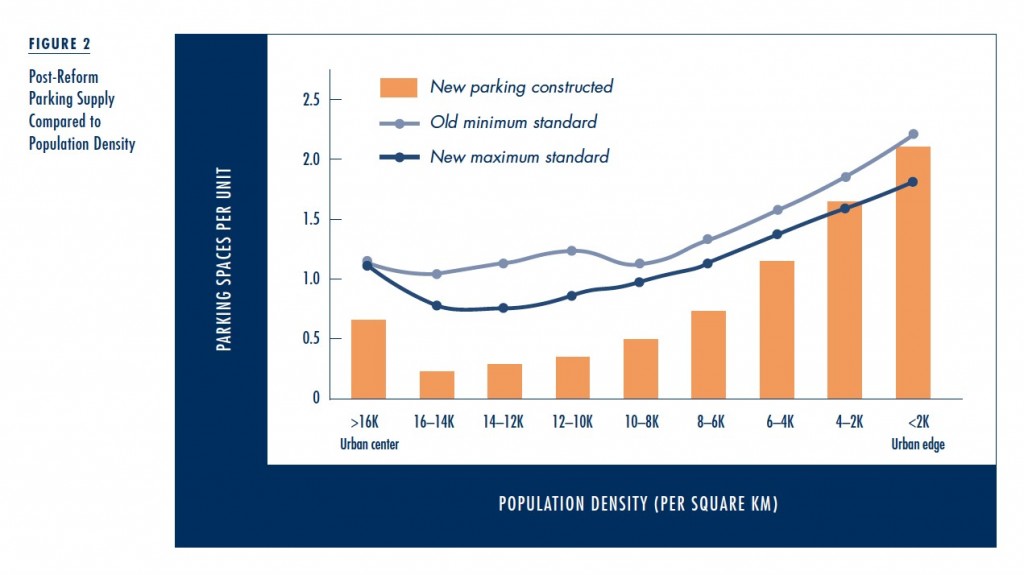 There are two possible explanations for this finding. The first is that housing units tend to be larger in Central London than in adjacent areas, which might necessitate more parking. Indeed, the average unit size in the densest area is 2.4 bedrooms, which is 30 percent larger than the unit size in the second-densest area. Similarly, the average unit size in areas with the highest levels of transit accessibility is 2.3 bedrooms, which is approximately 13 percent greater than the next-most-transit-accessible area.

A second possible explanation is that local boroughs are reluctant to reduce the parking maximums in central areas because they are concerned about parking spillover on already crowded local streets. One planning officer in Westminster, the only Central London borough with significant residential development, expressed this concern in our interview:

“[Borough council] members, in respect of new private residential developments, will normally be seeking car parking provision as close to the maximum standards. [They] do not accept car-free developments. In general, given the high levels of car ownership in the Borough and the pressure that existing on-street spaces experience, new developments should incorporate parking.”

Similar differences are found for transit accessibility. The most transit-accessible areas provide 0.43 spaces per unit. This amount is 43 percent more than the second-most-accessible (Figure 3). Although 36 percent of developments in both areas provide parking, developments in areas with the highest level of transit accessibility provide more parking per unit (1.19 spaces compared to 0.82 spaces).

Differences in housing size might explain some, but not all, of these differences. Another possible explanation for the differences may be purely market-based. The benefits of providing parking might exceed construction and opportunity costs in areas with the highest levels of density and transit service. Developers might actually obtain a higher premium by allocating some floor space to parking instead of to living space. This possibility is plausible for Central London because households in this area have the highest median income in the metropolitan area. In addition, the cost of one off-street parking space in Central London could equal the cost of a single-family home in other regions. This type of market does not exist in the areas outside Central London.

The number of parking spaces supplied after the 2004 parking reform fell by approximately 40 percent when compared to the number of parking spaces that would have been supplied with the previous minimum parking requirements. This means that from 2004 to 2010, the new parking requirements led to a total of 143,893 fewer spaces. No other alternative explanations (car ownership saturation, development constraints, congestion charging, oil price spike, etc.) account for such a dramatic decline. Furthermore, almost all the reduction in parking supply was caused by eliminating the minimum standards, declining only 2.2 percent due to adoption of the maximum standards.

We also found that the market actually provided more parking in areas with the highest density and best transit service than in the immediately adjacent areas with lower density and poorer transit service. Therefore, parking caps may still be necessary for an efficient parking market because the deregulated market appears to provide more parking in the densest and transit-richest areas, and does not take into account the high social cost of driving in these areas, which are often congested.

This article is adapted from “From Minimum to Maximum: The Impact of Parking Standard Reform on Residential Parking Supply in London from 2004–2010,” published in Urban Studies.