THE ACCESS ALMANAC: Love, Lies, and Transportation in LA, Again: An Updated Almanac in Honor of Mel Webber

Californians’ love affair with the car is more fable than fact.

An Updated Almanac in Honor of Mel Webber

This was originally published in ACCESS in 1994, after a lot of encouragement and pushing by Mel. He thought people ought to know these data, and he figured a casual presentation would be remembered longer. I’m sure he is still watching, so I’ll dedicate this 2007 update to him.

In the past few years Angelinos have been shaken by earthquakes and scorched by brush fires, sort of like lumps of tofu in a stir-fry wok. But we’re tough, we can take it.

What does scare us, though, is suffocation. We’re about to go down for the third time in the sea of media clichés that followed the last quake. One more mention of “California’s love affair with the car” and we’re goners. That’s not the local taste. If we wanted to fondle cars we’d be somewhere in Alabama.

So how did this love-affair story get started? I learned the inside history from a highly placed source. Once upon a time, a New York reporter came out here to learn about the horrors of Angelinos’ daily commute. Seek and ye shall find. Especially if you start with the conclusion and then search until you find a fact that supports it. Ignoring the ordinary, this reporter eventually found someone with a ninety-minute commute. He could now go home and write his story: “People in Los Angeles travel ninety minutes to get to work!”

It was not exactly a scientific sample. Suppose I were to visit New York, search for a long time, and find a smiling New Yorker. Would it be fair if I wrote a story accusing New Yorkers of being happy?

But those pesky government statistics even have something to say about that commuter fish-story. It turns out the average commute in LA is 29 minutes and the average commute in New York is five minutes longer: 34 minutes. That’s ten minutes a day Angelinos save on a round trip—extra time to fight brush fires, clear quake rubble, or hum a mantra.

So much for California’s fabled auto dependence. What phrase might take its place to fill the cliché-gap? Well, we do have a lot of hot tubs. Why don’t they write about California’s love affair with hot water? 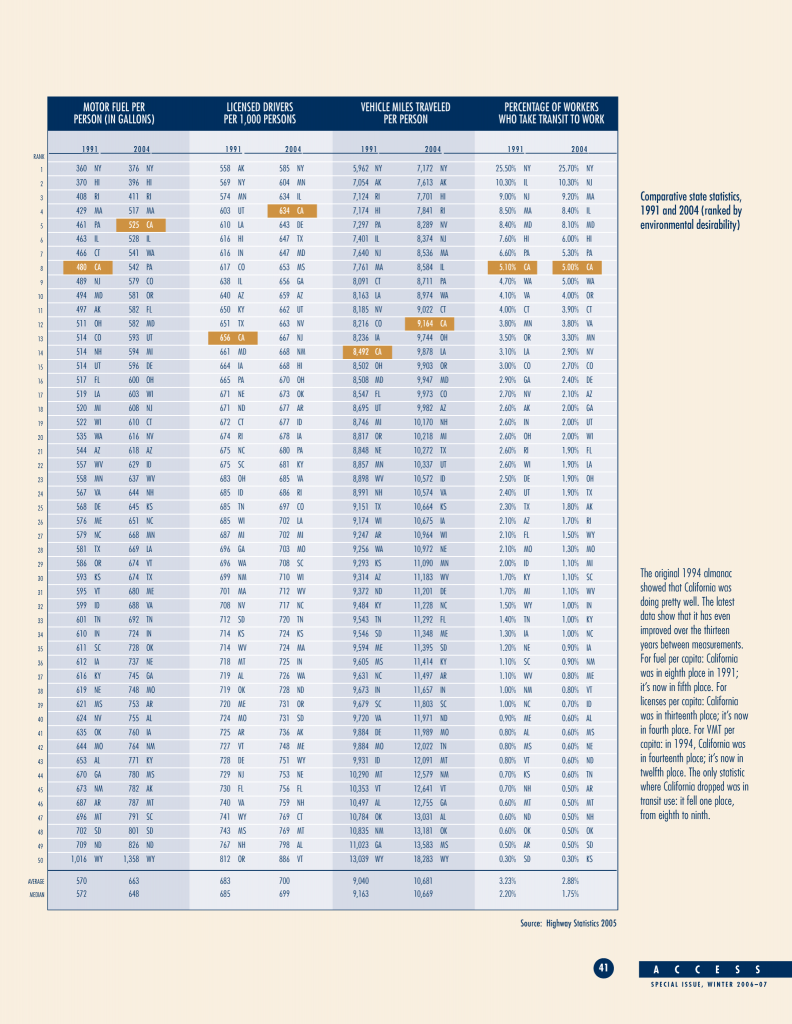