Will Congestion Pricing Ever Be Adopted?

Political risks are a major road block for congestion pricing. 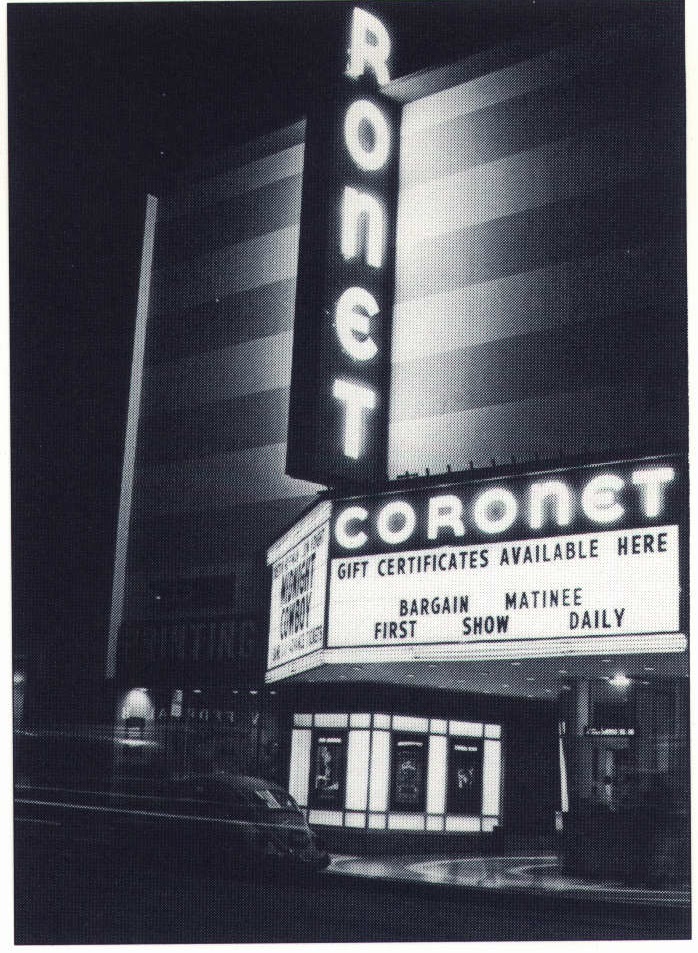 Transportation planners and economists are urging us to adopt congestion pricing-to charge motorists more for driving on crowded roads during rush hours and less for traveling on uncrowded roads in off-peak hours. By putting a price on peak-hour travel, we would encourage motorists to switch to less crowded alternate routes or, better yet, take public transit, join a carpool, or travel at a time of day when the roads are less crowded. Such tolls might even induce some travelers to alter the origins or destinations of their trips or to cancel less important trips, thereby cutting their total amount of auto travel.

In his recent article in ACCESS (Spring 1993), Kenneth Small suggested why the idea of congestion pricing is gaining much more attention today, even though it has been around for decades. In part it’s because electronic toll collection now allows us to vary prices on roads by time of day and location without awkward and costly toll booths which themselves slow traffic. Congestion pricing has also become attractive because governments are strapped for funds, and road pricing is potentially a lucrative source of revenue.

Congestion pricing is a good idea. We know it works, and we readily accept it in other parts of our daily lives: the telephone company has long varied the price of a call by time-of-day and day-of-the-week; airline fares between the East and West Coasts can differ by as much as a thousand dollars depending upon the timing of the trip; many restaurants offer early bird specials and movies give matinee discounts. 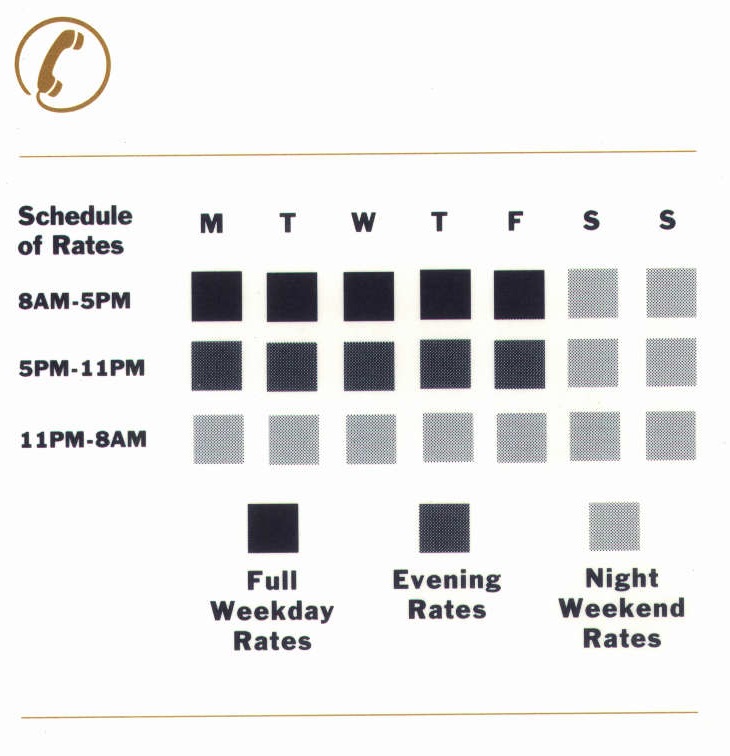 Congestion pricing on roads would be fair. It would levy the social costs of driving more directly against those who impose them; it would lead to more efficient use of existing roadway capacity; it would make public transit more economically competitive with driving; and it would produce revenue for public treasuries that could be used for many beneficial transportation and nontransportation purposes. I am persuaded by the evidence that congestion pricing should be applied to our highway system.

In the American political system most changes are small and most innovations are incremental. Rarely do we entirely overhaul our basic ways of doing things. While everyone agrees, for example, that the health care system needs reform, note how difficult it is to erase the current system and replace it with another. It is much easier to reach consensus on raising the gas tax by a few cents than on replacing the gas tax by congestion tolls.

One reason for this consistent pattern is that proposals for change must pass many political tests. While victory at one level may only ensure that the idea will live long enough to be tested at another level of government, failure at any one level can whisk the idea out of systematic consideration for good. Usually it’s only the safer, marginal changes that are supported by so many interests that they pass muster in every test. Entirely new ways of doing business are rarely adopted because their opponents need defeat them only a few times.

New ideas must have tireless and sophisticated proponents who “work the system” in favor of their concepts. Usually, those who do work the system to promote some innovation have a lot to gain from its adoption. For example, highway building and rail transit construction programs benefit from strong lobbies of construction contractors, unions representing construction workers, public agencies whose budgets will swell if the programs are approved, owners of urban real estate at potential station sites, environmentalists, and others.

Usually it’s only the safer, marginal changes that are supported by so many interests that they pass muster in every test. Entirely new ways of doing business are rarely adopted because their opponents need defeat them only a few times.

Who are the proponents of congestion pricing? Is there an obvious constituency of promoters who will lobby at local, regional, state, and federal levels on behalf of this concept? Will they be zealous enough to successfully fight off the dozens of well-established and well-organized vested interests who have already raised questions about congestion pricing? In addition to professors of transportation economics and planning who hardly constitute a potent political force-I can think of few interest groups that would willingly and vigorously fight for the concept in what will surely become a pitched battle, if ever the idea is seriously proposed.

Downtown businesses might gain from reduced congestion if congestion pricing were adopted, but they might also lose business to outlying areas; so they are hardly likely to rally around the cause. The trucking industry might benefit from lowered congestion, but so far truckers seem more threatened by the charges than they are enticed by congestion relief. Transit agencies may benefit through increased ridership as a result of higher auto costs, but transit is hardly a powerful constituency, representing something like two percent of our national market for tripmaking. Environmentalists might line up for congestion pricing, but they have so far been tentative, and there is even the possibility that higher auto speeds resulting from congestion tolls might increase emissions of oxides of nitrogen.

Congestion pricing constitutes a basic change in the way we charge travelers for transportation services. Although gasoline taxes in a very rough way apportion the costs of roads in proportion to the amount of driving we do, they leave to motorists entirely free choices about when and where to drive. And, many interests will likely line up against changing this. Automobile drivers as represented by automobile clubs, for example, will argue that they have already paid for highways through user fees such as gasoline taxes, and that tolls would constitute paying twice for the same roads. The idea of user fees as devices for rationing road space is both unfamiliar and distasteful to some of these groups.

Although gasoline taxes in a very rough way apportion the costs of roads in proportion to the amount of driving we do, they leave to motorists entirely free choices about when and where to drive.

While economists are confident that higher prices at the peak will cause travel patterns to shift, many lay citizens – including influential political leaders – believe simply that demand for travel is inelastic. Thus, they argue that because people “have to travel” at the peak hour, congestion pricing will merely raise more money from beleaguered- motorists who will still be driving under congested conditions. Both theory and a few implemented programs, like that in Singapore, assure some of us that prices can be set at an appropriate level to clear congestion, but how might we persuade the skeptics, unless we can first establish an American demonstration?

And then, suppose we could create a domestic test project, how would we in practice actually set the price level? Economists tell us that if the price is initially too low to clear congestion it can be raised; if it is initially so high that it causes underutilization of a road’s capacity the toll can be lowered. Yet, the press and politicians will be quick to call any imperfection a failure: a price that does not clear congestion will “prove” the idea doesn’t work; a toll that creates a half-empty freeway at rush hour will be labeled a foolish waste of public capital investment. The risks of these possible outcomes will cause few veteran politicians to support congestion pricing enthusiastically, and that in turn will make opposing voices seem even louder.

Many, many skeptics have already raised questions of “equity.” Congestion tolls will surely impact those who have little discretionary income more than they will the rich. Working mothers may be more likely than other commuters to continue to drive at rush hour, even if they would rather switch travel modes or travel times, because child-care responsibilities place greater limits on their flexibility to shift. Surely, for congestion tolls to work many people must be made worse off than others, by having to change their travel patterns in a way they would rather not. Those groups will undoubtedly consist disproportionately of poorer people, hourly wage workers who have little work-schedule flexibility, and so on. 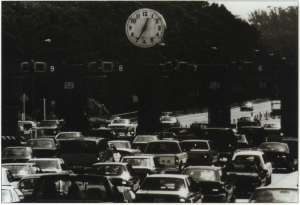 The direct losses to poorer people could easily be compensated, say the proponents of congestion pricing, by redistributing the revenues to improve transit services, by reducing existing regressive sales and property taxes which are being allocated to transportation programs, and possibly by granting tax credits to the poor who pay congestion tolls. While these arguments are all valid, the negative impacts of the tolls on poor people seem very immediate and direct, and the possibilities of redress by comparison seem tentative. While equalizing measures could be adopted, where are the guarantees? Many citizens have little faith in government; they honestly believe that while the increased revenues might be used to redress the inequities, they could just as well be “squandered” by politicians.

I don’t believe that the current transportation finance system is at all equitable. Indeed, I believe that reliance upon congestion prices instead of sales and property taxes could make transportation finance much more equitable than it is today. Yet, I hear few complaints about the fairness of the existing system from community spokespersons, while many seem quick to oppose congestion pricing on the grounds of its threat to equity. Many who challenge road pricing on the basis of equity seem to have little concern for the well-being of the poor or of working women when considering other policy initiatives, such as sales tax increases to support the expansion of rail lines. This irony illustrates again the principle that it is harder to introduce a new way of doing things than it is to change marginally the way we do things now.

In sum, the political risks associated with congestion pricing are great. No obvious political constituency will fight vigorously for the idea, and there are many potential roadblocks to adopting and implementing peak-hour tolls. Although today’s traffic congestion results from the mispricing of automobile travel, that seems irrelevant. The only politically prudent course of action, then, is to move slowly and incrementally. Congestion pricing is likely to be adopted in the near future only on new highways or on new lanes along existing highways, such as those now being constructed in Orange County where congestion pricing is to be employed. The concept is less likely to be imposed at a significant scale on any existing urban highways.

Other possible opportunities for testing the concept are on existing toll routes, as on the San Francisco Bay Bridge. Motorists are much more likely to accept congestion pricing in the form of incremental revisions to familiar tolls than peak-hour charges suddenly imposed where tolls don’t presently exist. So, I enthusiastically support the congestion-pricing experiment now being carefully designed by the MTC for the Bay Bridge. Proposals allowing solo drivers to buy their way into high-occupancy vehicle lanes offer another incremental’ step that may have more political appeal than would pure congestion pricing.

Although full-scale regional application of congestion pricing may offer the best attack on congestion in America, I don’t believe that approach has the slightest chance of being enacted in the coming decade. Advocates of congestion pricing will have to settle for smaller victories during the foreseeable future. Eventually many small victories could add up to a new approach to highway management and finance, but don’t count on it happening any time soon.