Public policy currently promotes high-occupancy-vehicle (HOV) lanes and discourages construction of general-purpose lanes. HOV lanes supposedly reduce congestion and harmful emissions because they encourage ridesharing and transit use. Just add a few passengers, and you can be rewarded with a fast, pleasant drive to work. That’s the ideal behind HOV lanes. But the reality is not so simple.

A curious thing about an HOV lane is that people want to use it only if it’s less congested than the other freeway lanes – so, congestion must persist on the other freeway lanes. But HOV lanes are supposed to reduce congestion. Another curious thing is that, as people shift to high-occupancy vehicles to travel faster, they increase traffic on the HOV lane while decreasing traffic on the general lanes. The time savings offered by the HOV lane then shrinks, and so does the incentive to shift to high-occupancy-vehicles. Thus we face a paradox: the more effective an HOV lane is, the less effective it is.

If policymakers want only to encourage ridesharing and transit use – that is, increase vehicle occupancy – then, constructing HOV lanes will certainly work better than constructing general-purpose lanes. But more densely populated vehicles are not necessarily benefits in themselves. Rather, they allow us to achieve greater objectives: reduced person-delay, reduced emissions of pollutants, and reduced fuel consumption.

My research compares the effectiveness of HOV lanes to general-purpose lanes in reducing person-delay and harmful emissions. Because adding a new highway lane, whether for HOVs or not, generates many effects that are difficult to measure – such as route shifts, start-time shifts, induced trips, and new bottlenecks – I combined queueing theory and mode-choice theory to develop a simulation model that requires but little observed data. The model does not predict what actually will happen when a lane is added because it assumes away route and start-time shifts and makes other simplifying assumptions. However, because these assumptions either favor an HOV lane or do not alter the ranking of the two alternatives, the model can be used to compare their benefits. Whenever the model shows less delay with a general-purpose lane, this really is the case. But when the model shows less delay with an HOV lane, this is not necessarily true-there actually may be less delay with a general- purpose lane.

HOV lanes are supposed to help people travel faster by relieving freeway bottlenecks. In theory, this happens in three ways:

In practice, however, the first two benefits are limited. Several studies report that a person’s decision to use a high-occupancy vehicle rather than drive alone is not very sensitive to in-vehicle travel time. Kenneth Small found that people placed an equal value on one minute of pre-trip waiting time and 10 minutes of in-vehicle travel time. That is, they would just as soon drive 10 more minutes as wait one minute for a ride. People may be discouraged from shifting to high-occupancy vehicles because carpooling requires advance arrangements and restricts one’s choice of travel times. And transit involves waiting, circuitous routing, stops en route, and sometimes transfers. Furthermore, many trips discourage group travel: trips with uncommon origins or destinations, trips at uncommon times, or trips for transporting heavy or bulky things. So, even if riding in a high-occupancy vehicle would save them 5, 15, or even 25 minutes on the freeway, many solo drivers would not make the switch.

The benefits of giving high-occupancy vehicles priority is limited by the fact that “high occupancy” often means just two people. Such priority is most beneficial when there are large numbers of people in buses.

Policymakers often just presume that constructing an HOV lane is more effective in reducing pollution than constructing another general-purpose lane. However, it does not necessarily work out that way. The main source of reduced emissions is reduced congestion, not reduced trips. For example, if reduced congestion allowed an average vehicle to increase its average speed from 20 mph to 50 mph over ten miles, that vehicle’s emissions of reactive organic gases (ROG) and carbon monoxide (CO) would be reduced by 5 and 39 grams, respectively. Multiplied by the thousands of vehicle trips that benefit from congestion reduction, these harmful emissions could be reduced by hundreds of thousands of grams per day.

In comparison, a light passenger vehicle traveling at 20 mph emits 21 grams of ROG and 211 grams of CO on a 20-mile trip. Eliminating one such trip certainly provides greater environmental benefit than reducing congestion for that one vehicle. But, if overall benefits of trip reduction are to exceed overall effects of reduced congestion, thousands of trips would have to be eliminated. But the evidence shows that the addition of an HOV lane does not greatly motivate solo drivers to rideshare, so it is difficult to eliminate trips.

When freeway expansion is considered, clearly the strategy that best reduces congestion will also best reduce harmful emissions. The question, then, is whether adding an HOV lane will reduce congestion more effectively than adding a general purpose lane.

When Would an HOV Lane Be Better?

The advantage of adding an HOV lane is that, as long as some delay remains on the other lanes, it does reduce some vehicle trips. The disadvantage is that the freeway is only partially used.

My research shows that HOV lanes perform better than general-purpose lanes only when there is initially long delay, thus motivating solo drivers to rideshare, and the initial proportion of HOVs is fairly high, resulting in greater use of HOV lane capacity. 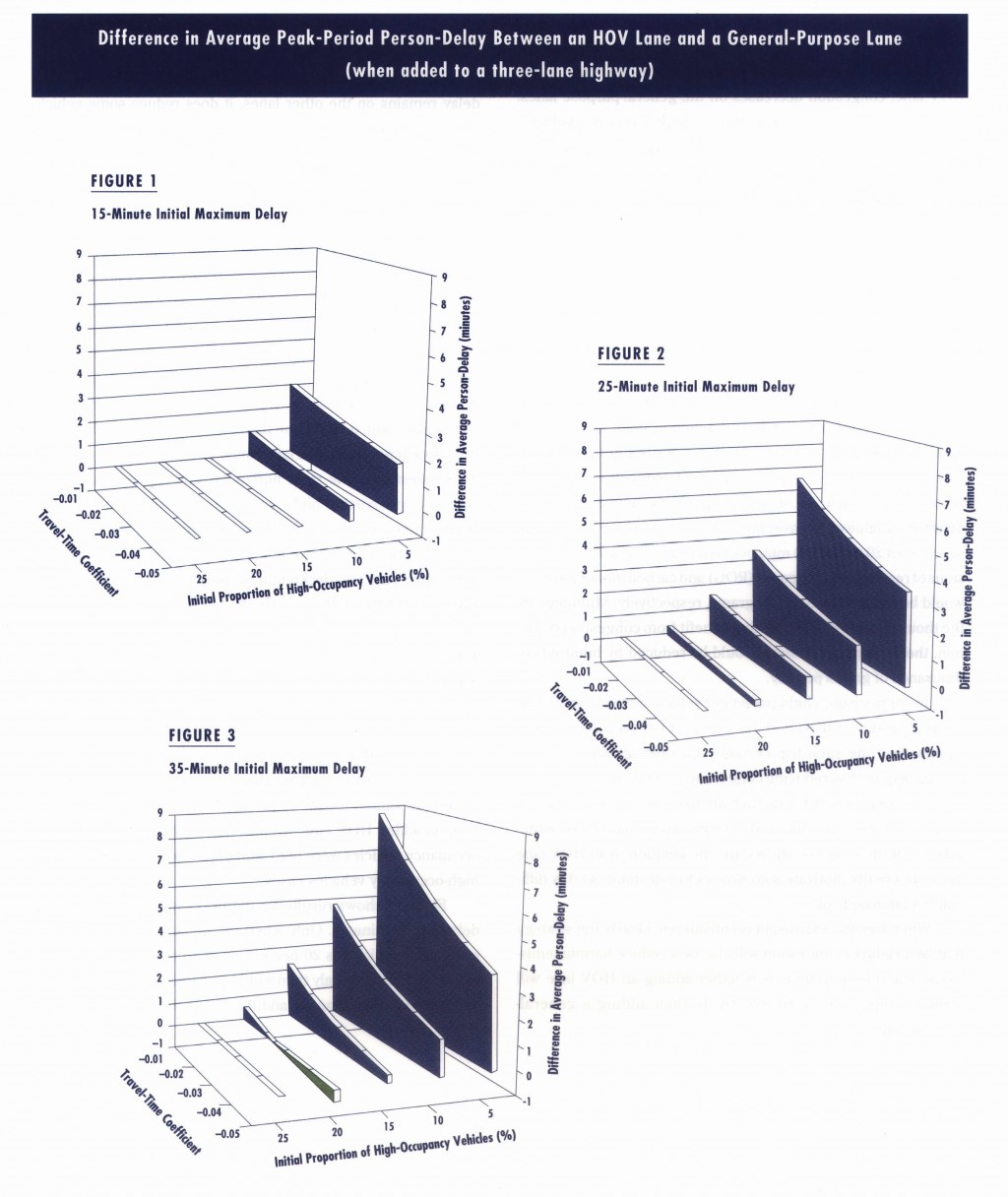 Figure 3 shows results for highways with initial maximum delays of 35 minutes. Only when the initial proportion of high-occupancy vehicles is 20 percent or more does the graph drop below zero. That is, only then would an additional HOV lane offer less person-delay than an additional general-purpose lane.

Advocates of HOV lanes might argue that expected population and economic growth will make a new HOV lane a better choice, in ten years, then would an additional general-purpose lane will be lost. Besides, the expected growth may not occur. Why not first construct a general-purpose lane and convert it to an HOV lane if and when growth requires it?

When one of the four existing lanes on the Santa Monica Freeway was converted to an HOV lane in 1976, the number of carpools increased by 65 percent, bus ridership increased by 250 percent, and peak-period vehicle-trips decreased by 10 percent. Carpools required three or more occupants. But initially carpools accounted for only 3 percent of vehicles and bus passengers accounted for 0.8 percent of travelers. Therefore, 25 percent of freeway capacity became dedicated to about 6 percent of vehicles that were carpools and 3 percent of travelers who rode buses-far too few winners. Overall person-delay increased. There was a public outcry and, shortly afterward, the lane was returned to general use. 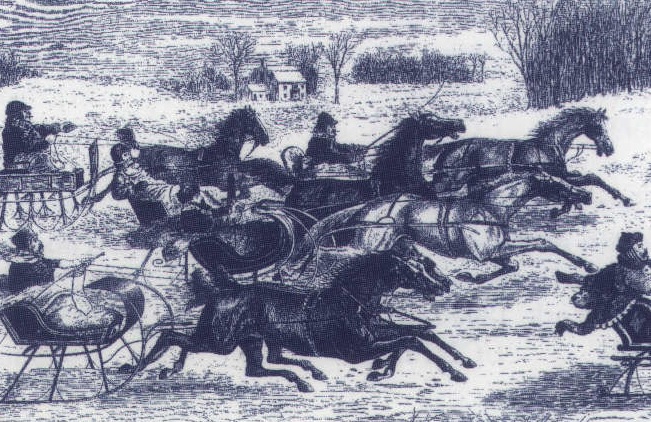 Another interesting question merits further research: in cases where adding an HOV lane has much greater benefits than adding a general-purpose lane, might it be more cost-effective to add two general purpose lanes? Given that many HOV-lane projects include auxiliary lanes, flyover ramps, or enforcement areas, the cost and space required for two general-purpose lanes might not be a lot more than that required for an HOV lane project.

If the goal of transportation policy were to minimize vehicle travel, then no capacity should be added. The fact that policymakers ignore that option may reflect the understanding that society benefits when people travel. We could even consider congestion a measure of the system’s success. Therefore, we should aim not to reduce person-trips but to reduce the costs that these trips impose. One solution is to increase highway capacity, and new general-purpose lanes may serve that goal better than constructing HOV lanes.

Joy Dahlgren is a post-doctoral researcher at the Institute of Transportation Studies, University of California, Berkeley, CA 94720. This article is derived from her recent dissertation in civil engineering at UC-Berkeley.