We’ve previously dubbed this the century of the automobile, and to some degree it has been. It’s also been the century of the telephone, the airplane, the movies, the radio, the high-rise office building, and a lot of other wonders. But among the technologies that have marked these 100 years, the automobile has surely been one of the most visible and most consequential.

Many commentators have written of the car’s glories, its nasty byproducts, and its effects on cities and lifestyles. Quite a few of our colleagues have joined the discussion, both in the pages of ACCESS and elsewhere. This time, we find ourselves preoccupied with the car once again – its past repercussions and its future.

With so much research on the car and the city already completed, we thought we understood the transportation – land use connection. Years ago Sam Bass Warner taught us that streetcars opened the suburbs and automobiles spread them out. Back in 1954 Robert Mitchell and Chester Rapkin wrote the book that spilled the beans, titling it Urban Traffic: a Function of Land Use. Travel patterns derive from land use patterns; simultaneously, land use derives from patterns of roads and transit lines, they said. Hmmmm? During the 1960s, location theorists explained how each of us trades-off the costs of travel and the costs of land rent when deciding where to live and where to conduct business. The explanations all came 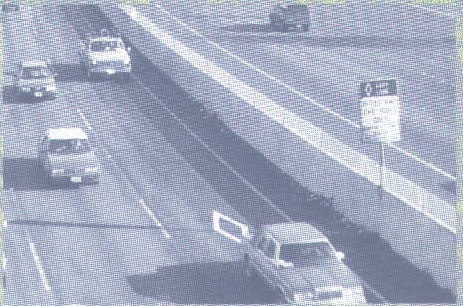 Now along comes Genevieve Giuliano and her partners to disassemble those packages. She says that we’ve now installed so much accessibility throughout each metropolitan area that changes in the transportation system no longer have much influence on urban form. That’s in part why the new rail transit systems have scarcely affected metropolitan spatial structure, quite unlike Warner’s trolley cars. She tells us to address our environmental and social concerns directly, rather than attempt to use transportation or land use policies to achieve some idealized urban form.

For instance, if we want cleaner air, we should directly reduce harmful emissions from automobiles. Dan Sperling and Tom Turrentine ask us to consider what might happen if the California zero-emission mandate holds up and American automakers begin to produce electric cars. Will they really come through with a viable machine? Will the federal government reinforce state efforts to push zero-emission vehicles? Even if so, given that electric cars will be high priced and their driving ranges limited, will American consumers buy them, after all?

We could also achieve cleaner air, not to mention relieve congestion, by reducing the number of cars on the road. One current strategy involves high-occupancy vehicle (HOV) lanes, which reward commuters who rideshare with a faster trip. Joy Dahlgren examines the effectiveness of HOV lanes and finds them wanting. In her most telling observation, she notes that HOV lanes are most attractive only if they’re relatively empty. She concludes that, in most cases, the space they occupy would best be used for additional general-purpose lanes instead.

And then, with his eye characteristically fixed on the empirical data, Charles Lave asks whether there’s still room for growth in the automobile market. With apparent distress for the macro-economic consequences of a stable or declining auto industry, he glumly predicts a flat growth curve.

If all these non-commonsense interpretations are right, isn’t it best that we know now, before we spend too many additional dollars on projects with little or no payoff? Isn’t it so that, in the research enterprise, unexpected findings are sometimes the most valuable and most useful ones?