Contracted transit services are often cheaper at the expense of driver wages and benefits.

Throughout its history, most public transit has been provided by private companies. During the second half of the twentieth century, however, things changed. Transit came gradually into public ownership as revenues from fares no longer covered costs and operators faced bankruptcy. Local, state, and federal subsidies kept transit afloat in most metropolitan areas. In reaction to steadily increasing subsidies and rising operating costs, many said transit services should be contracted out to private operators. Margaret Thatcher had made great strides toward privatizing transit in Britain, and there were calls for adopting similar strategies in the US. Proponents argued that private operation would be more efficient and less costly, while opponents said that private operators would save money simply by paying workers less than public operators and providing inferior benefits. Actual data were hard to come by, and both sides used dueling studies to prove opposite conclusions based on competing ideological commitments rather than actual data. It is still not completely clear whether privately operated transit service is more efficient than publicly run services. 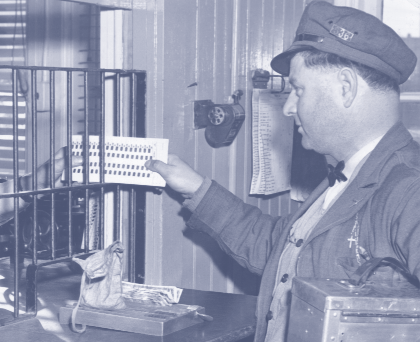 Transit is labor intensive, and personnel costs for bus drivers, train operators, and mechanics account for nearly three-quarters of a transit operator’s total costs. As the transit industry in the United States shifted from largely private to largely public ownership and operation there were dramatic increases in service costs and deficits. Between 1950 and 1980, the inflation-adjusted operating cost per revenue-hour of transit service rose 183 percent. Most of this increase was covered by public subsidies.

Proponents of transit contracting argue that wherever transit operations have been contracted out in the United States and Europe, the quality of service has improved and the cost to taxpayers has been reduced. Opponents believe that cost reductions are not true measures of improved efficiency, saying that most savings come from depressing wages, reducing workers’ benefits, and imposing more demanding work rules—merely transferring costs by reducing the well-being of the transit workforce.

Today, about eighteen percent of all vehicle-hours of transit service in the US are provided by private companies working under contract to public transit agencies. A variety of published studies claim that contracting has resulted in cost savings ranging from ten to forty percent. In debating how much money contracting has saved, most analysts conclude that cost reductions are due to lower labor costs and lower levels of unionization in the private sector. However, it is difficult to find reliable information, and many studies of contracting have been ideologically charged or based on single case studies comparing costs over rather short periods of time.

Our study investigated twelve bus agencies between 1995 and 2001. Five were operated by private contractors; seven were public agencies. Among the seven, four engaged in a mix of offerings, including some services operated directly and some contracted out to private operators. The remaining three were a “control group” of public operators providing similar services but using very few or no private contractors. 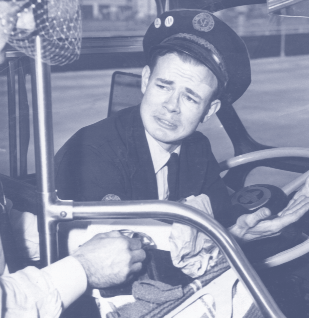 Over the years small local bus contractors have increasingly been acquired by a few large international private companies. All private operations in our study were provided by the three large international transit contractors that now dominate the market. Since the private companies refused requests to share data with us, we relied entirely on data they entered into the National Transit Database, a widely used source of information on transit operations throughout America. Interestingly, the drivers at four of the five private operations we studied were covered by union agreements.

Besides hourly wages, drivers’ compensation packages include fringe benefits such as paid absences and restrictions on work assignments. Our study examined wages, benefits, paid absences, and extra payments due to work rules.

It usually takes more than one driver pay-hour to produce one hour of actual revenue service because contractual regulations require paying for time not necessarily spent driving. For example, drivers are also paid for time spent deadheading—driving vehicles to or from their routes without passengers. In addition, drivers are paid for absences such as holidays and paid vacations. Time spent on standby for assignments, on training, and for union activities is also paid for, and drivers earn extra pay for overtime. Additional costs associated with labor include health and disability insurance. These costs are shown graphically in the following chart:

Earnings are composed of two components, with wages often accounting for a larger share than supplementary pay. In addition to earnings, the costs of labor include paid absences such as holidays and fringe benefits like retirement programs and health insurance.

Bus drivers for the five private operations included in this study received a base hourly rate of about $10 to $11 (in 2001 dollars), or about $6 to $8 per hour less than drivers working for comparable public agencies. Expressed as an annual difference, privately employed bus drivers earned between $9,600 and $12,000 less per year than drivers working for public agencies during the years we studied. Thus we estimated that wage rates for drivers with private contractors were about 38 percent below their counterparts in public agencies, and their annual earnings were 34 percent lower. Privately contracted drivers’ benefits packages cost approximately $8,000 to $9,000 per year—which amounted to $11,800, or fifty percent, less per year than drivers working directly for public operators.

Between 1995 and 2001, the annual value of a privately contracted driver’s fringe benefits fell by $1,600 in 2001 dollars, while her yearly wages increased by $2,100. Benefits made up more than 25 percent of a contracted driver’s yearly pay, and 35 percent of a public agency driver’s pay. This difference was due mostly to less paid leave among the private contractors. On average, drivers working at public agencies received three times more paid days off than did drivers for private contractors—about 52 versus 15 days off per year.

A privately contracted driver worked on average 100 to 200 more hours per year than a public driver.

Proponents of private contracting for transit service often argue that it saves resources because private operators have simpler work rules than public operators. They say that many of the high costs of public transit are due to archaic and demanding work rules, for example, requiring payments for overtime and for hours when drivers are not actually driving. We were thus quite surprised to find that while basic wages and fringe benefits were lower for the privately contracted workers, there were relatively higher payments due to work rules to workers at four out of five private operators. Overall, private contractors had generally lower operating costs per revenue vehicle hour (by $35) and relatively higher overall labor efficiency—in terms of service produced per dollar of cost—than their public counterparts, yet they showed higher costs imposed by drivers’ work rules. This finding suggests that private contractors’ cost savings are achieved through lower wages and less costly benefits packages rather than because they utilize their workforce more efficiently than public operators. 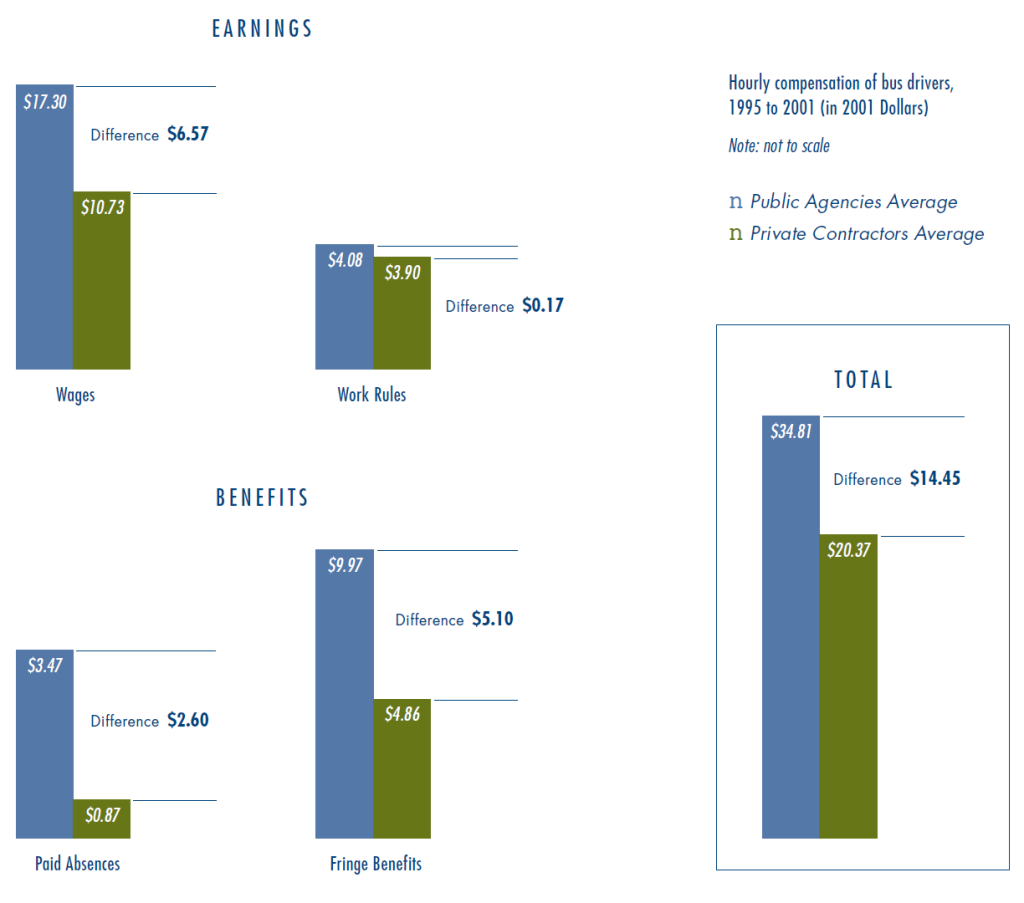 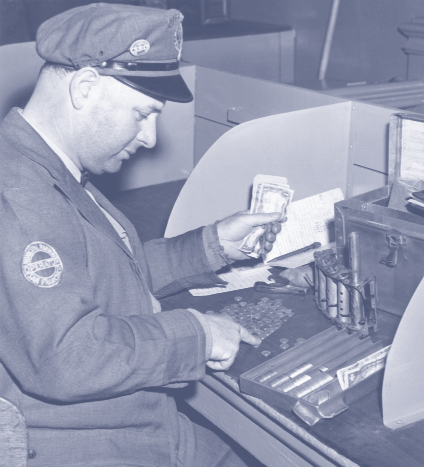 Four of the five private operators in this study had much higher costs related to acci- dents than did their public counterparts. Higher driver turnover rates and reliance on less experienced drivers among the private contractors help explain the difference. High driver turnover is a chronic problem for all transit operators, but particularly for private contractors because they pay lower wages and offer fewer benefits. High driver turnover means less experienced drivers and higher accident rates. Employing fewer drivers means that each driver works more hours, and fatigue also causes higher accident rates. Private operators also had higher costs for insurance, liability, unemployment compensation, and worker’s compensation. These also can be caused by high turnover, frequent layoffs, and inexperienced or poorly trained drivers. Among other labor cost items, training and non-operating paid time were more costly to private bus operators. Privately contracted drivers spent one out of eleven scheduled work hours on such functions as training, accident reporting, and union duties. Higher spending on these items is a form of inefficiency, which must be balanced against increased efficiencies from lower wages and fewer fringe benefits.

It is widely believed that private contractors save money by using more part-time workers than do public agencies. Because the demand for transit rises in the morning and afternoon rush hours, many believe that private contractors can avoid the high costs of overtime by hiring part-time workers. We found, however, that the percentages of part- time employees at private operators are actually much lower than at public agencies— about two percent versus eleven percent of drivers and operation-related personnel. This may be because private operators pay lower wages and provide fewer paid absences.

Although our study was based on a small sample of transit operators, we examined trends over a five-year period, employed experimental and control groups, and used data that were carefully screened for precision. We found that transit services that were privately contracted out did achieve cost savings. But those cost savings came largely through lower wages and fewer benefits for transit workers rather than through other kinds of efficiencies, such as reductions in costs due to flexible work rules, hiring more part-timers, or lower insurance or accident costs.

It could well be true that contracting out to private operators in some metropolitan areas has also slowed increases in the costs of providing transit service by public agencies in other locations. Increased reliance on part-time workers and slower increases in the costs of wages and fringe benefits among public authorities are responses to the increased use of private contractors elsewhere. Unions representing public transit employees are fearful that demands for higher wages and fringe benefits will be met by louder calls for private contracting, so they are increasingly willing to accept more modest offers from management.

The mechanisms and consequences of private contracting are inherently complex. Local contexts differ and the terms of service contracts vary widely. More research is needed to clarify the kinds of relationships discussed in this paper, yet it is difficult to conduct rigorous research when private companies routinely refuse to share information. It is increasingly clear, however, that there are lower costs associated with contracted services. They appear to result from lower wages and fringe benefits more than from streamlined operations. Those who believe that “efficiency” means producing a given level of service at a lower cost will assert that the lower wages and fringe benefits are mechanisms for achieving greater efficiency among contractors than among public operators. However, those who consider efficiency to be more service at lower cost without lessening the welfare of transit employees will conclude that privatization lowers costs but does not necessarily enhance efficiency. 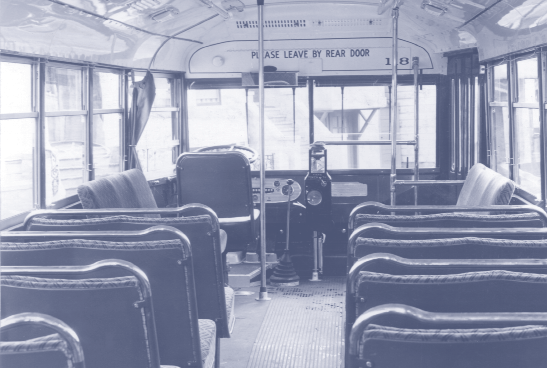 Hiryuki Iseki. Does Contracting Matter? The Determinants of Contracting and Contracting’s Effects on Cost Efficiency in US Fixed-Route Bus Transit (UCLA: Dissertation, June 2004).

Elliott D. Sclar. You Don’t Always Get What You Pay For: The Economics of Privatization (Ithaca: Cornell University Press, 2000).

Songju Kim holds a PhD in Transportation Engineering and is a researcher in the Institute of Transportation Studies at the University of California, Berkeley (songjuk@berkeley.edu).