Opportunities and Challenges for TODs in Southern California

TODs can promote long-term sustainability and need policies to support their success.

When the concept of transit-oriented development (TOD) first appeared in the 1980s, many planners and academics enthusiastically endorsed it as a way to increase transit ridership and mitigate sprawl. But actual implementation of TOD projects in Southern California was slow to follow. Developers and funding institutions worried about TODs viability in a region married to the car.

Today, however, the concept of TOD has moved from academic debates to implementation around the country. In Los Angeles County, private developers have built many housing and mixed-use projects near transit stations, and more are planned. Municipalities, metropolitan planning organizations (MPOs), and even many developers are enthusiastic about building near transit. Why has development around transit become popular? What are the motivations, incentives, constraints, and problems of building adjacent to stations? What strategies will likely attract development around stations?

To address these questions, I will use the examples of two Los Angeles County light-rail lines. The Blue Line, which opened in 1990, connects downtown Los Angeles to downtown Long Beach. This line used the existing right-of-way of an earlier railway. The Blue Line has been operating for 22 years but, by and large, has not catalyzed development around its stations. With the exception of a few TODs, primarily near the Long Beach stations, there has been little development along this transit corridor. On the other hand the Gold Line, which opened in 2003 and links downtown Los Angeles to Pasadena, has generated considerable development around many of its stations. In the thirteen years that separate the inauguration of the two lines, many changes—which are partly responsible for the new-found popularity of TODs—took place in the region.

Learning from Past Mistakes

When the Blue Line was still in the design stage, rail advocates emphasized various benefits beyond mobility that the project would bring to surrounding depressed inner city neighborhoods, such as station-related amenities and economic development. But years after the inauguration of the line, empty lots and classic signs of inner city decay dominate the vicinity of many stations. Indeed, the Blue Line has suffered from four types of problems.

Years after the inauguration of the [Blue Line], empty lots and classic signs of inner city decay dominate the vicinity of many stations.

Planning problems have haunted the line, including a lack of planning by municipalities, a lack of coordination among public-sector agencies, and failure on the part of transportation agencies to initiate joint development opportunities. Environmental problems related to contaminated sites and incompatible land uses have precluded development in the vicinity of Blue Line stations. Indeed, much of the land along the corridor was not fit for housing or was zoned for uses incompatible with TODs. Social problems, including poverty, unemployment, crime, and gang violence, have stymied investment in many station neighborhoods. With mostly minority and immigrant residents, these neighborhoods also lacked the clout to voice their opinions in public hearings or demand more resources. Finally, economic problems such as high land costs near stations, combined with a lack of development incentives, frustrated progress along the line.

The Blue Line corridor also had characteristics that counteracted successful development opportunities around its stations. These included: 1) the peripheral location of many stations, which are located in the industrial back lot of metropolitan Los Angeles, away from the center of communities and characterized by low residential densities and a complete lack of neighborhood amenities; 2) poor station interface with other transportation modes and absence of pedestrian connections to surrounding neighborhoods; 3) lack of an urban design framework for station-area development and significant regulatory barriers, such as antiquated zoning and lengthy permitting processes; 4) lack of institutional commitment and missed opportunities for land acquisition on the part of public agencies; and 5) lack of community involvement in the planning process. 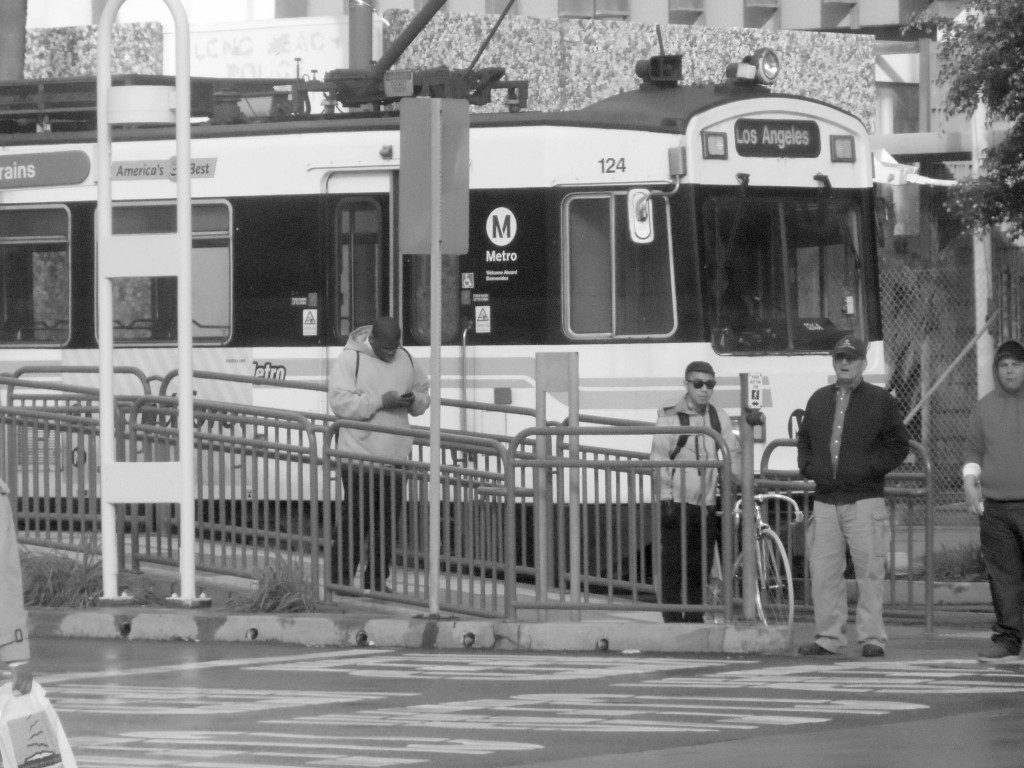 In the years between the construction of the two lines, many municipalities realized that growth and development around station areas does not simply happen through the mere presence of a transportation network. Pressing issues and trends in the Southern California region forced decision-makers to consider new ways to accommodate urban growth.

The population of LA County was over 9.5 million by the time the Gold Line was built, and the regional MPO, the Southern California Association of Governments (SCAG), projected an additional 30 percent increase by 2025. Accommodating Southern California residents in single-family homes dotting the region’s landscape would require leapfrogging into farmland and extending urban sprawl. Demographic changes, such as a growing population of transit-dependent Latino households and seniors willing to consider alternatives to suburban single-family housing, further supported the case for more TODs.

At the same time, housing affordability reached a record low in the Southern California region. This issue, combined with the recent economic crisis, meant that an increasing share of households could no longer afford single-family homes, and instead had to consider different and more affordable housing options, including duplexes, town homes, apartments, and condominiums.

According to SCAG, the Los Angeles region has the worst traffic congestion in the nation. Living in close proximity to jobs and retail opportunities is now a desirable option for urbanites wishing to avoid long commutes in congested traffic.

Many Angelenos increasingly appreciate having more transportation options, including walking and riding the bus or the train.

Solo driving has become much more expensive in recent years with gasoline prices up to $4.70 per gallon in 2011 as compared to $1.60 in 2001. Many Angelenos increasingly appreciate having more transportation options, including walking and riding the bus or the train. While the private car remains the undisputed travel mode of choice for most households in the region, transit has slowly increased its share.

Finally, The South Coast Air Basin has the worst air quality in the nation, and automobile emissions contribute greatly to the region’s air pollution. Southern Californians typically rank the environment as an important concern in opinion polls.

These demographic, economic, and environmental trends have expanded the market for TODs and encouraged a larger segment of the public to seek alternatives to the single-family house. 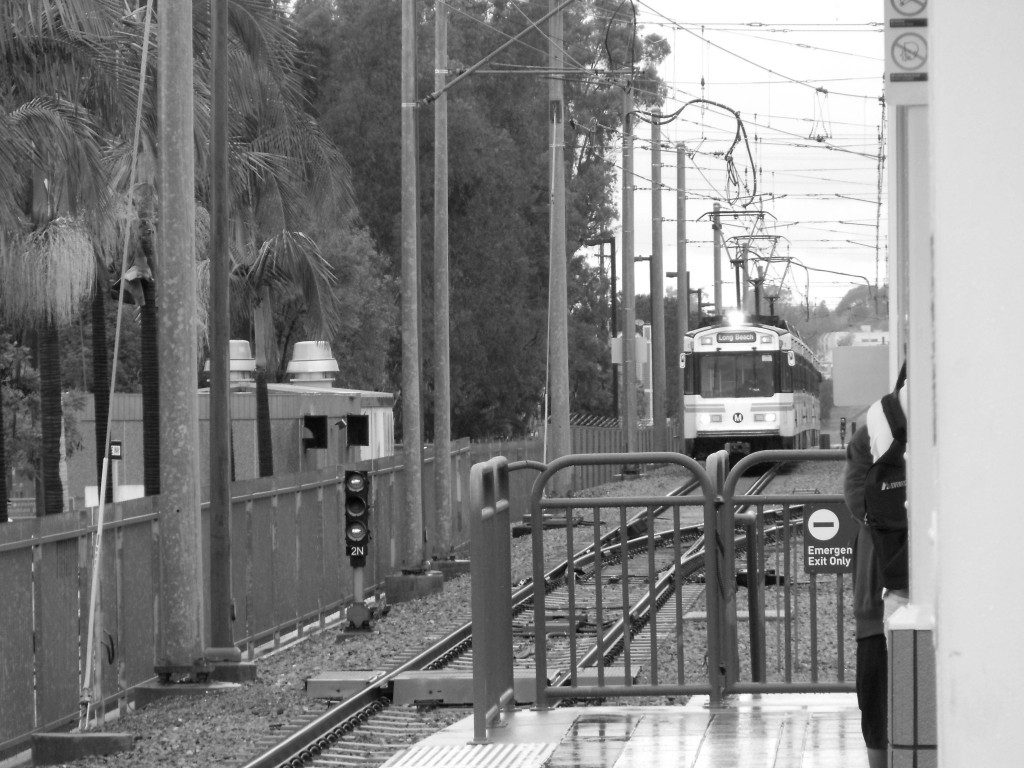 A lack of institutional commitment and initiative contributed to the lackluster effect of the Blue Line on its adjacent neighborhoods. This seems to have changed in recent years. In 2006, California voters approved Proposition 1C, a $2.8 billion bond for affordable housing that includes $300 million for a TOD infrastructure implementation program. An additional provision of Prop 1C is the availability of loans for mixed-use, housing, and commercial developments within one quarter mile of a transit station. In 2008, LA County voters passed Measure R, dedicating a half-cent sales tax to transit and traffic congestion relief projects.

SCAG has initiated the Compass Blueprint strategy, which directs most future development towards existing and emerging centers, near transit hubs, and along major transportation corridors. In Los Angeles, the Department of City Planning has made TOD the focal point of new Specific Plans. The combined effect of these multi-jurisdictional actions has been to create an enabling policy environment, which was absent a decade ago; developers are responding.

A Changing Mindset of Developers

For a long time developers were reluctant to build TODs because they assumed that such developments would appeal only to a narrow market segment: singles, young professionals, and “empty nesters.” However, this narrow market segment is becoming much larger. Developers building along the Gold Line corridor also targeted a broader market segment that included different age groups, families, seniors, two-income households, and single-income earners. Developers have also responded positively to development incentives such as increased floor-area ratios, reduced parking ratios, relaxed open space requirements, and public subsidies. Importantly, these developers and their architects now see more potential for TODs, acknowledging the demand for more homes, schools, and offices in the metropolitan core instead of the suburban and exurban periphery. 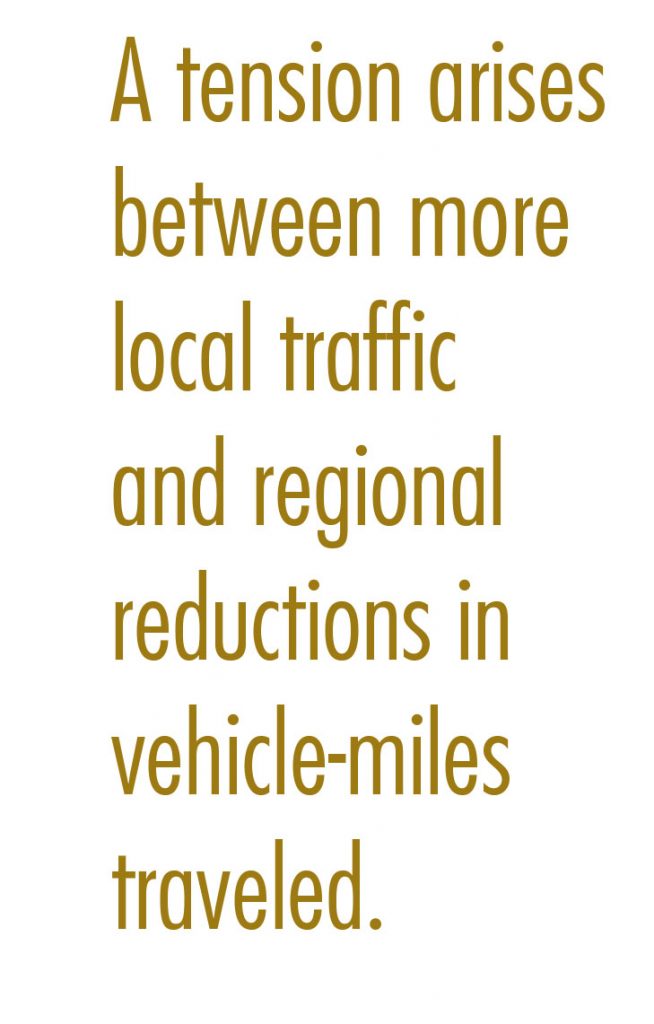 While incentives and market conditions prompt municipalities and developers to pursue TODs, some challenges still remain. When TODs are developed near single-family districts, residents of these areas often resist changes that alter the established character of their neighborhoods. Designers must confront the challenge of making higher-density developments appear less dense, and TOD proponents must confront the broader challenge of bringing the public along to support the concept of TOD.

Market realities may also prevent the inclusion of pedestrian-oriented retail in station areas. Many small bakeries, coffee shops, and flower shops cannot afford the high rents in newly established TOD districts. At the same time, municipal desires for tax revenue may encourage commercial uses that are not necessarily pedestrian- or transit-friendly. 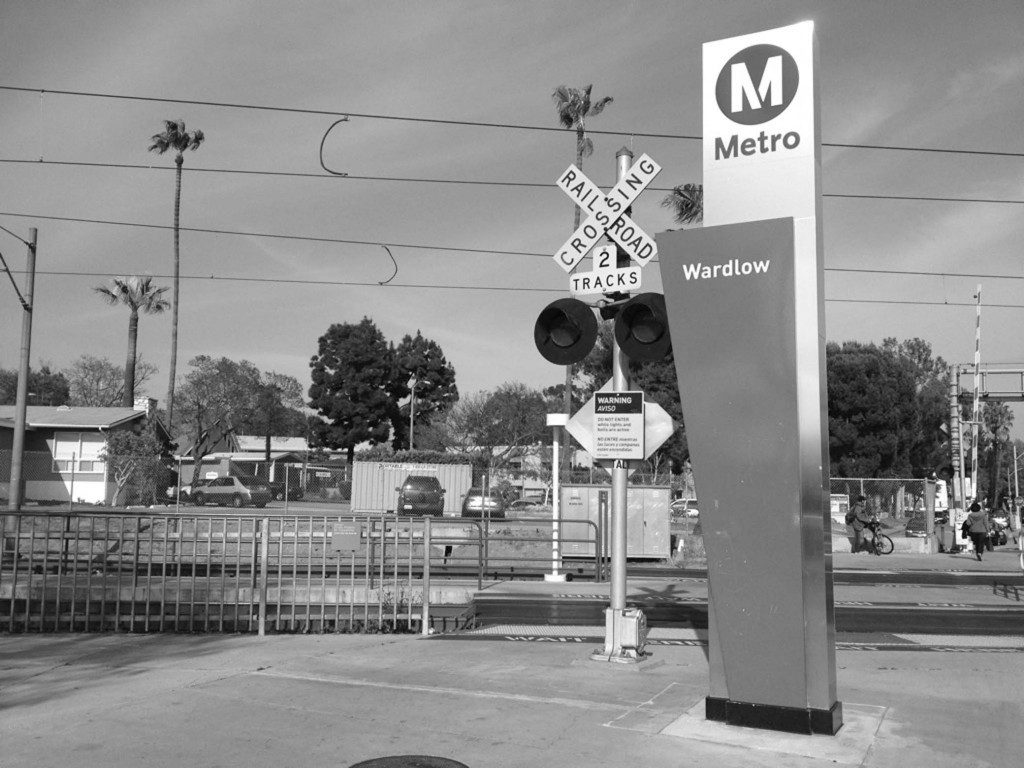 High rents and sale prices in some TOD areas mean that residential units are more likely to be occupied by affluent tenants with multiple cars than by transit-dependent households. This is problematic for transit agencies, planners, and public officials who wish to boost transit ridership. Additionally, the introduction of high-density development in a neighborhood without a simultaneous change from driving to walking, biking, or transit will likely increase traffic congestion in the immediate area, a concern raised by many critics of high-density projects. Thus a tension arises between more local traffic and regional reductions in vehicle-miles traveled.

Parking requirements for TODs also raise questions. Too much parking may prompt people to drive rather than ride the train, whereas too little parking may frustrate residential and commercial tenants. Low parking requirements may encourage TOD residents to choose transit over cars. Some developers expressed concern about the marketability of their project if it does not have ample parking, but developers can, of course, provide more parking if they think the market demands it.

Deciding whether to provide development incentives or impose development fees in a given station area is a delicate process. Incentives such as density bonuses, higher floor area ratios and building heights, and reduced parking requirements allow developers to improve the profitability of TODs. Development fees and requirements for affordable housing or open space can give cities important amenities but may also serve as disincentives for development.

Many factors are working in favor of development around transit in Southern California. These factors include a willingness on the part of municipalities to encourage TODs, a regional vision that encourages development around transportation nodes, an enabling policy environment, developers’ changing mindsets, and pressing environmental and transportation concerns in the region prompting an exploration of alternative housing options. Still, certain challenges remain, and the following suggestions respond directly to them.

Partnerships between developers, municipalities, and transportation agencies can reduce costs for developers and ensure desirable amenities for neighborhoods.

TODs are certainly not a panacea for the region’s problems. However, by encouraging development around transit, expanding the supply of housing, and offering convenient transit as a modal choice, TODs are an indispensable component of a regional strategy to reduce traffic and accommodate growth in ways that preserve long-term sustainability.

Anastasia Loukaitou-Sideris and Tridib Banerjee. 2000. “The Blue Line Blues: Why the Vision of Transit Village May Not Materialize Despite Impressive Growth in Transit Ridership,” Journal of Urban Design, 5(2): 101–125.