Despite universal complaints and many proposed remedies, it seems there’s still no cure for traffic congestion. As a mirror on a city’s economic vitality and the pace of its social life, congestion is a built-in attribute of the prosperous metropolis. Heavy traffic volumes are a positive index of a city’s range of opportunities and the richness of its residents’ lives. The city with but little traffic is a city that may be stagnating.

Although congestion is an intrinsic attribute of successful cities, it is not also a lethal attribute. In common with other large and complex open systems that operate upon themselves to lighten their problems, cities react spontaneously to relieve their worst ailments, preventing them from becoming truly dreadful. Like other vexing city problems, congestion is self-limiting.

Although lots of traffic is a good sign, traffic congestion entails substantial costs—costs of living and costs of doing business. When persons or firms judge costs to be excessive, they have at least three options. As Albert O. Hirschman once put it, their choices are “exit, voice, and loyalty.” They can leave; they can complain; or they can stay and bear it.

They may choose to move into outlying suburbs or distant small towns where there’s less traffic; but, of course, moving implies costs and lost opportunities as well. So individuals must compare the disadvantages of staying versus leaving. If the costs of enduring congestion seem too large, moving may be better than staying. Continuing expansion in the exurbs over a great many years is evidence that a great many people have 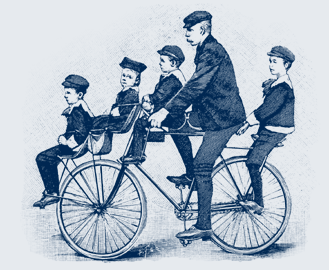 found these costs too high. To be sure, many other motivations also induce people to relocate. It’s also true that travel distances are greater in the outlying suburbs and exurbs and so are miles traveled. But commuting times are stable, and may even be shrinking.

Relocation and attractive public transit help to make traffic congestion self-ameliorating, even if not self-correcting. When commuters remove themselves from the traffic stream, they help reduce traffic jams to levels that remaining motorists may judge acceptable.

Or, instead of relocating, they may voice their displeasure politically, demanding that public officials be more resourceful in seeking therapies. In response, governments might build more roads, price the roads, push for effective transit, develop automated highways, or initiate other remedies that seem likely to make a difference.

So long as there’s both freedom to relocate and freedom to revolt, congestion levels are likely to remain tolerable for the many who live or work in central areas, as well as for those who leave. So long as land markets and political systems are responsive to citizens’ preferences, the adaptive behavior of individuals and governments makes it unlikely that the dreaded “gridlock” will ever occur in America—outside news-media exaggeration, that is.

So, where congestion is severe over an extended period and citizens neither rebel nor leave—where they continue to endure the costs of overcrowding—in effect they are individually and collectively saying they prefer to live with the congestion rather than change jobs or houses or take other drastic measures. That’s not to suggest that traffic congestion is not annoying or costly or exasperating. It’s obviously all these. But it’s also a normal condition of urban life—a price people willingly pay for the many advantages of urban life.

We’ll know congestion has gotten really bad when popular revolts compel political leaders to try taming it by building more roads and introducing congestion pricing. Until then, things can’t be as bad as they seem.