A Question of Timing

To help workers avoid the peak-hour commute, employers have been adopting flextime work schedules. Some workers’ jobs already permit flexible work hours, so a lot of employees should be commuting during off-peak hours. But, alas, the survey I’ve just completed finds it ain’t necessarily so. Given the opportunity to avoid heavy traffic, I had to ask: why does anyone still commute during the peak hours?

Rushing Into the Rush Hour

Perhaps the question is not as outrageous as it seems. Patricia Mokhtarian and Ilan Solomon reported in a recent issue of ACCESS that people don’t mind commuting as much as conventional wisdom suggests, indeed that some rather enjoy it. To deal specifically with the flextime question, I surveyed faculty and staff at the Berkeley campus of the University of California, where both flextime and normally permissive work schedules make it easy to avoid the peak. The campus is a pertinent site also because most commuting routes are highly congested, making for further incentives to travel off-peak.

I asked a sample of people about their regular work hours, their work-scheduling discretion, the purposes and timing of their nonwork activities, their freedom to choose and schedule those activities, their travel times, and related matters. Only twenty percent of them are officially on flextime, yet more than two-thirds describe their schedules as flexible.

Only a quarter of commuters who have flexible work schedules successfully avoid traffic congestion. Despite the option of varying their work schedules, a few of the people I surveyed choose peak-hour over off-peak-hour travel because of work-related considerations, such as the need to interact with colleagues, to make telephone contacts elsewhere, or to supervise subordinates. A few workers give up the option of off-peak travel in exchange for the preferential and less-expensive parking available to carpoolers. (At the time of the survey, only one useable freeway had high-occupancy lanes, so carpooling offered no significant time-saving advantage for freeway commuters).

For the majority of commuters with flexible work schedules, timing of the work trip depends on the timing of nonwork activities. These include driving children to and from school, dropping off or picking up a spouse, in-home leisure or family time, preferred sleeping schedules, and out-of-home activities such as a second job, exercise, religious meetings, and volunteer work.

On average, workers who commute in the peak hour, primarily because non- work activities require it, are spending seven more minutes per day than are off-peak commuters. Although seven minutes may not seem much, it represents between 15 and 25 percent of a worker’s one-way commute. Compared to workers without any flexibility, there’s only a one-minute difference, suggesting that nonwork activities compel workers with flexible schedules to travel in about as much congestion as workers with rigid schedules.

Some nonwork activities are mandatory, and their schedules are determined by people or institutions a 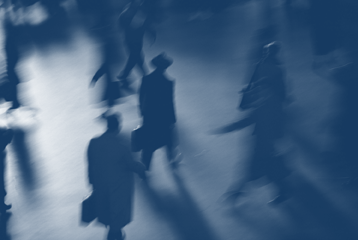 commuter can’t control. For example, one of our subjects works as a research assistant. Although she has almost unlimited work-scheduling flexibility, she travels during peak hours both in the morning and in the evening because daycare for her son is available only between certain fixed hours—as it is for school-age children. Work-scheduling flexibility, however, does allow our subjects to time their work schedules to suit their children’s transportation needs. Among workers with rigid schedules, it is common to drop children off at school thirty or even sixty minutes before school starts.

Some activities may be highly discretionary. Yet, once chosen, they must be performed at specific times of day. Some activities are offered only at a particular hour. For example, one of our subjects can shift her work schedule about thirty minutes, either earlier or later. A late shift would allow her to avoid heavy traffic, but prevent her from participating in her evening fitness class that meets at no other time. Or, one’s schedule may depend on others.’ Carpool members, for example, must conform to the schedules of fellow carpoolers. Tennis partners have to be on the court at the same time.

Some say they just can’t wake up early enough to avoid the morning peak. Others say they leave work early to avoid walking to the parking lot in the dark. Others explain that their family members insist they be home in time for supper, and of course some must be home early enough to cook it. Obviously, each of us is beholden to others in our lives, and our schedules must conform to theirs.

Time and Duration of the Traffic Peak

Characteristics of traffic flow—the interval between am and pm peaks and the duration of the peaks—interact with regular business hours to determine when individuals will choose to travel. If work hours differ from inter-peak hours, missing one peak may still not make it possible to miss the other. Consider the example of an upper-level administrator in my sample who comes to work before the morning peak in an attempt to get work done before others arrive. But he then finds he can’t leave early enough to avoid the evening peak. He won’t stay until after the peak, either. He says that, after spending ten or twelve hours in his office, he’s ready to quit, even if everyone else is on the highway with the same idea in mind. It’s become clear that the longer the duration of the peaks and the shorter the inter val between peaks, the less likely it is that people like him will be able to reschedule their trips to off-peak hours.

Why does anyone anyone still commute during peak hours?

For the most part, these factors are unrelated to scheduling requirements in the workplace. It’s clear that policies aiming to relax constraints on work-related schedules are not sufficient to shift commuters into off-peak travel. Two-thirds of our sample said they have some flexibility in choosing their work schedules, yet less than twenty percent of them are able and willing to reschedule work so they travel during of f-peak hours. Even if some people who currently lack this discretion were allowed work-scheduling flexibility, they would not necessarily choose of f- peak commute times. In our sample, more than half these people participate in activities either before work or after, and they say they can’t easily cancel or reschedule those activities.

What’s to be Done?

Positive remedies might include employer-based childcare facilities that allow workers to match daycare hours to their work schedules. At least one large manufacturer in Silicon Valley has talked about siting a public school on its own campus so employees and their children could commute together. With extended before- and after-school activities, parents would then have more discretion for setting work hours, experience less personal stress caused by mismatched children’s schedules, and perhaps even get to travel at off-peak hours.

It would help too if firms offering consumer goods and services were to stay open longer hours. If there were more opportunities throughout the day and evening for shopping, daycare, exercise, visits to the dentist and other personal services, individuals would have broader scheduling

Already, the timing of nonwork activities reflects the increasing number of women in the workforce and recent changes in workers’ lifestyles. These trends seem likely to continue. Witness, for examples, sports facilities, supermarkets, and other retail establishments that open early in the morning and/or close late in the evening—or not at all! More and more personal business such as banking, shopping, and even medical advising can now be conducted by telephone or online 24 hours a day.

Increasingly flexible schedules of nonwork activities should reinforce flexible work schedules and thus increase flexibility in individuals’ commute times. These changes may not help the majority of commuters. As some trips shift from present peak to present nonpeak hours, the peaks will shift even as they flatten. Moreover, a reduction in some types of peak-hour trips might be countered by increased trips for other

purposes at those times as motorists fill vacated spaces. The net result might be little, if any, savings in average travel time. Nevertheless, those whose schedules are made more flexible will surely be better off for it.

So, although my study has found that flextime on the job has not turned out to be the magic wand many had expected, I’m nevertheless led to speculate that increased flexibility in the scheduling of both work and nonwork activities continues to hold out promises for improved quality of life for some. Schedules that are ever more elastic may yet lead to somewhat reduced traffic congestion during peak hours and, equally important, to wider ranges of opportunity in those fortunate individuals’ daily lives as well.

Graham L. Staines and Joseph H. Pleck, The Impact of Work Schedules on the Family (University of Michigan: Institute for Social Research,1983).

Rosella Picado holds the Ph .D. degree in Civil and Environmental Engineering from the University of California, Berkeley (picado@pbworld.com).