Why Traffic Congestion Is Here To Stay…And Will Get Worse

Everyone hates traffic congestion. But despite all attempted remedies, it keeps getting worse. Why don’t they do something about it? The answer: because rising traffic congestion is an inescapable condition in all large and growing metropolitan areas across the world, from Los Angeles to Tokyo, from Cairo to São Paulo. Peak-hour traffic congestion is a result of the way modern societies operate, and of residents’ habits that cause them to overload roads and transit systems every day. 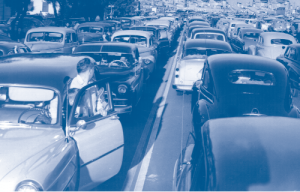 Traffic congestion is not essentially a problem. It’s the solution to our basic mobility problem, which is that too many people want to move at the same times each day. Efficient operation of the economy and our school systems requires that people go to work, go to school, and run errands during about the same hours so they can interact with each other. We cannot alter that basic requirement without crippling our economy and society. This problem marks every major metropolitan area in the world.

In the United States, the vast majority of people wanting to move during rush hours use private vehicles, for two reasons. One is that most Americans reside in low-density settlements that public transit cannot serve effectively. Second, for most people private vehicles are more comfortable, faster, more private, more convenient in trip timing, and more flexible than public transit. Therefore, around the world, as household incomes rise, more and more people shift from less expensive public modes to privately owned cars and trucks.

With 87.9 percent of America’s daily commuters using private vehicles, and millions wanting to move at the same times of day, our basic mobility problem is this: the road system does not have enough capacity to handle peak-hour loads without forcing people to wait in line for limited road space. “Waiting in line” is the definition of congestion.

There are four possible ways any region can confront this challenge. However, three of them are politically infeasible or physically or financially impossible in the US. These four ways to reduce traffic congestion are:

1.  Charge peak-hour tolls. Congestion would plummet if people had to pay to enter major commuting roads during peak hours. If tolls were set high enough and collected electronically with “smart cards,” the number of vehicles could be reduced to the point that everyone could move at high speed. That would allow more people to travel per lane per hour than do now under heavily congested conditions. That’s why transportation economists have long recommended this tactic.

Many Americans would reject the peak-hour tolls solution, for two reasons. Using such tolls would seem to favor wealthier or subsidized drivers and to harm poor ones. The former could travel whenever they wanted to, but many of the latter would be forced off main roads during peak hours. Therefore, many Americans would resent such tolls out of the belief that they would be disadvantaged by them.

The second drawback is that people think of such tolls as “just another tax,” believing that gasoline taxes already pay for roads. For both these reasons, few politicians advocate tolls. The limited road-pricing schemes that have been adopted in Singapore, Oslo, and London affect congestion only in crowded downtowns, which is not the kind of congestion most Americans experience.

2.  Greatly expand road capacity. The second approach to reducing congestion is to build enough additional road capacity to simultaneously accommodate all drivers who want to travel at peak hours. But this “cure” is totally impractical and prohibitively expensive. We would have to turn much of every metropolitan region into a giant concrete slab, and the resulting huge roads would be grossly underutilized in noncommuting hours. Although there are many occasions when adding more road capacity is a good idea, no large region can afford to build enough to completely eliminate peak-hour congestion.

3.  Greatly expand public transit capacity. The third approach is to expand public transit capacity enough to shift so many people from cars to transit that there would be no more excess demand for roads during peak hours. A major reason this approach isn’t feasible is that a very small percentage of commuters today use transit. Even if the nation’s existing transit capacity were increased fourfold and fully utilized, morning peak-hour transit travel would rise only to 11 percent of all morning trips. That would reduce private vehicle trips by only 8.8 percent—hardly enough to end congestion. Moreover, such a quadrupling of transit capacity would be extremely costly.

4.  Live with congestion. There is only one feasible way to accommodate excess demand for roads during peak periods: by having people wait in line, or in other words, by accepting traffic congestion. Congestion is an essential mechanism for coping with excess demand for road space. We need it! Peak-hour congestion is the balancing mechanism that makes it possible for Americans to pursue goals they value, such as working while others do, living in low-density settlements, and having many choices of places to live and work. 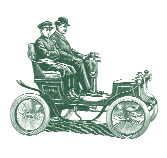 The least understood aspect of peak-hour traffic congestion is the Principle of Triple Convergence. It works because traffic flows in any region’s overall transportation networks almost automatically form self-adjusting relationships among different routes, times, and modes. Triple Convergence is the complex process of adaptation through which the various sectors of the metropolitan system adapt to changes in other sectors—specifically to changes in locations, times, and modes of travel.

The Principle of Triple Convergence is best explained by a hypothetical example. Visualize a major commuting freeway so heavily congested each morning that traffic crawls for at least thirty minutes. If that freeway were magically doubled in capacity overnight, the next day traffic would flow rapidly because the same number of drivers would have twice as much road space.

Within a short time, this triple convergence upon the expanded road during peak hours would make the road as congested as before its expansion. Experience shows that peak-hour congestion cannot be eliminated for long on a congested road by expanding that road’s capacity if it’s part of a larger transportation network. 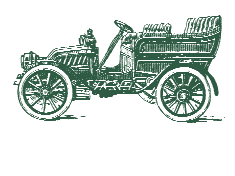 The Principle of Triple Convergence does not mean that expanding a congested road’s capacity has no benefits. After expansion, the road can carry more vehicles per hour than before, no matter how congested it is, so more people can travel on it at one time. Also, the periods of maximum congestion may be shorter, and congestion on other routes may be less.

This principle greatly affects how other congestion remedies to traffic congestion will work in practice. One example is staggered work hours. In theory, if a certain number of workers are able to commute during less crowded parts of the day, it will free up space on congested roads. But once traffic moves faster, other drivers from other routes, other times, and other modes will shift onto the improved roads during peak hours.

The same thing will happen if more workers become telecommuters and work at home, or if public transit capacity is expanded on routes paralleling a congested freeway. This is why building light rail systems or subways rarely reduces peak-hour traffic congestion. Such congestion did not decline for long in Portland, where the light rail system doubled in size in the 1990s, or in Dallas, where a new such system opened. Only road pricing or higher gasoline taxes are exempt from the principle of triple convergence.

A ground transportation system’s equilibrium can also be affected by big changes in the region’s population or economic activity. If a region’s population is growing rapidly, as in Southern California or Florida, any expansions of major freeway capacity may soon be swamped by more vehicles generated by the added population.

Shifts in economic activity also affect regional congestion. During the Internet and telecom boom of the late 1990s, congestion in the San Francisco Bay Area intensified immensely. After the “bubble” burst in 2000, congestion fell markedly without any major change in population. Thus, severe congestion can be a sign of strong regional prosperity, just as reduced congestion can signal an economic downturn.

Why Has Congestion Increased Almost Everywhere?

The most obvious reason is population growth. More people mean more vehicles. But total vehicle mileage has grown much faster than population, in part because a combination of declining real gas prices (corrected for inflation) and more miles per gallon caused the real cost of each mile driven to fall 54 percent from 1980 to 2000! That helped raise the percentage of US households owning cars from 86 percent in 1983 to 92 percent in 1995.

Another crucial factor contributing to more traffic congestion is the desire of most Americans to live in low-density settlements. Past studies have shown that public transit works best where (1) gross residential densities are above 4,200 persons per square mile, (2) relatively dense housing is clustered close to transit stations or stops, and (3) many jobs are concentrated in relatively compact districts. But in 2000, at least two thirds of all residents of US urbanized areas resided in settlements with densities of under 4,000 persons per square mile. Those densities are too low for public transit to be effective. Hence their residents are compelled to rely on private vehicles for almost all of their travel, including trips during peak hours.

Can Anything Be Done To Slow Future Increases In Traffic Congestion?

The best way to answer that question is to examine the major remedies that are often proposed. Here are eleven possible solutions:

Peak-hour traffic congestion in almost all large and growing metropolitan regions around the world is here to stay. Indeed, it is almost certain to get worse during at least the next few decades, mainly because of rising populations and wealth. This will be true no matter what public and private policies are adopted to combat congestion. 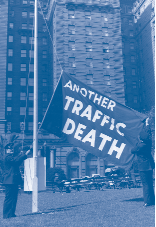 This outcome should not be regarded as a mark of social failure or wrong policies. In fact, traffic congestion reflects economic prosperity. People congregate in large numbers in those places where they most want to be.

The conclusion that traffic congestion is inevitable does not mean it must grow unchecked. Several policies described here—especially if used in concert—could effectively slow congestion’s growth. But, aside from disastrous wars or other catastrophes, nothing can eliminate traffic congestion from large metropolitan regions here and around the world. Only serious recessions—which are hardly desirable—can even forestall its increasing.

So my advice to traffic-plagued commuters is: relax and get used it. Get a comfortable air-conditioned vehicle with a stereo system, a tape deck and CD player, a hands-free telephone, perhaps even a microwave oven, and commute daily with someone you really like. Learn to make congestion part of your everyday leisure time, because it is going to be your commuting companion for the foreseeable future.

Anthony Downs is a senior fellow at the Brookings Institution in Washington, DC and currently a visiting fellow at the Public Policy Institute of California in San Francisco. This essay was his keynote address to UCTC ’s Annual Student Research Conference in 2004 at the University of California, Davis (anthonydowns@csi.com).