Stuck at Home: When Driving Isn’t a Choice

The elderly and disabled often face transportation barriers to services.

In 2004, I surveyed almost 800 disabled and elderly people and more than 500 caregivers in a California homecare program and asked about their transportation. The clients told story after story about feeling trapped in their homes and about being cut off from social networks, hospitals, and work. They provided a devastating snapshot of immobility shared throughout the country.

The people I surveyed live in Contra Costa County, which lies across the bay from San Francisco and contains everything from small post-industrial cities and suburbs to agricultural areas. All the survey respondents receive care through California’s In-Home Supportive Services (IHSS) program, the largest such program in the country. Overseen by the state government, administered in 58 counties, and funded in part by federal block grants, IHSS spends close to $4 billion a year on more than 360,000 clients who are elderly and frail or who live with disabilities. Clients typically have very low incomes. The IHSS clients I surveyed had disabilities ranging from sight and hearing loss to paralysis, dementia, and disease. Compared with Contra Costa’s population overall, clients were older (their median age was 67 years while the county-wide median is 36), African-American (30 percent vs. 9 percent), female (71 percent vs. 51 percent), and living alone (40 percent vs. 24 percent).

The Americans with Disabilities Act of 1990 (ADA) declared in its sweeping statement of purpose that the “nation’s proper goals regarding individuals with disabilities are to assure equality of opportunity, full participation, independent living, and economic self-sufficiency.” However, while the ADA and other factors might be opening new doors, many people have no way of getting to them. Despite the critical help that IHSS offers, the clients consistently say that they need more transportation assistance in order to live as others do.

Many face the most fundamental transportation constraint: they have no way to leave home. A 91-year-old unmarried African-American client summed up her situation: “Can’t afford taxi, bus, or BART. Can’t walk. Don’t have a car.” One-tenth of those surveyed go out “almost never,” and the vast majority leaves home less than once every three days. Another client wrote, “I don’t go anywhere or do anything. I can’t afford to and I don’t get around very well.”

Stuck Without a Car

Unlike most commuters these days, very few—about six percent—of IHSS clients “always” drive themselves when they leave home, and only one-fourth own cars, com- pared with more than ninety percent of Contra Costa householders. Many clients no longer can drive themselves because of financial or physical constraints: “When I became disabled I lost my home and my car,” wrote one client.

Yet cars still matter to them: more than half of the survey respondents “always” leave home by getting a ride, and about the same number considers being driven the ideal way to get around. Supporting these findings, when asked in a 2003 study what characteristics in a caregiver were “extremely important” to them, forty percent of California respondents said “having a car.” Clients prefer caregivers to have cars both for rides and so that the caregivers can respond quickly in times of need. 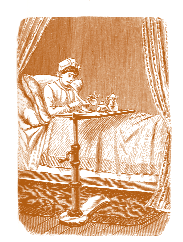 Why are rides in cars so desirable? To begin with, using public transit can be difficult. A quarter of survey respondents said they have to wait too long at stops: “Never know when the bus will arrive. Cannot read schedule and no place to sit and wait.” Others noted that vehicles are uncomfortable—the train is “too bumpy, causes extreme back pain”— and that bus and train fares are too high, as are fares for other modes of transportation, such as taxis and paratransit vans. Some can’t climb stairs in stations, transfer, or “get my scooter on the bus.” All these problems are compounded by long and frequent trips: “I have a lot of appointments, and hospital is forty miles away.” Car rides are also faster, which is especially important during emergencies.

Moreover, driving can be the only feasible way to reach many destinations in Contra Costa. I found that transportation issues are significantly more likely to prevent people living in remote or less accessible neighborhoods than those who live in other neighborhoods from getting to doctors’ offices and hospitals, places of worship, grocery stores, and family or friends’ homes. Clients in those areas also are less likely to leave home as often and are more likely to say that their community has no mass transit stops, that stops are too far from their homes, or that buses and trains do not go where the clients need to go. Even clients with transit close to home sometimes have trouble walk- ing to stops (“it feels like a mile when I have arthritis in my knees,” one reported), but longer distances are especially hard for those who need places to rest, more time to cross streets, and smooth sidewalks. Although some studies have found that nondisabled drivers experience increased mobility in lower density areas such as suburbs, my findings present a different story.

Seniors and the disabled do not want to burden others, so they carefully choose which favors to request.

Unfortunately, clients cannot rely on being driven by others. Almost half of all respondents live alone, which makes it more difficult to get an impromptu lift to buy food, for example. A recent Contra Costa focus group concluded that working family members, especially in suburban areas, do not have time to take seniors where they want to go. Seniors and the disabled do not want to burden others, so they carefully choose which favors to request. Researchers, including those mining the 2001 National Household Travel Survey, have found that seniors and disabled people abandon social, religious, and recreational trips first when they have to rely on rides from others.

No magic solution exists for all these problems, or for others detailed in survey responses. Yet the findings highlight the need for continued action. In 2003, California’s Governor Schwarzenegger unsuccessfully proposed cutting homecare services for 75,000 clients and lowering homecare workers’ pay to the minimum wage, and he has made similar proposals since then. The Service Employees International Union (SEIU), which represents IHSS homecare workers in many California counties, including Contra Costa, helped fight such cuts. Change is needed, but not a reduction in services: what is needed is an expansion. Following are the key recommendations that my research produced. 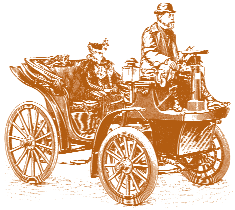 California, as well as other states, should increase the transportation funding available to homecare workers and should amend rules that overly restrict the transportation help they can offer. Facilitating the direct provision of transportation to clients by care- givers promises to be both efficient and effective: caregivers are already in the clients’ homes, they know where clients need to go, and many are personally invested (55 per- cent of those I surveyed are related to their clients). Moreover, transportation expenses and commute time contribute to high job turnover. “The pay [$9.50 an hour] is not so good to be spending in transportation,” noted one homecare worker. Another wrote, “the . . . situation is stacked against me when it takes an hour plus to simply get to my client’s home.”

IHSS homecare workers currently are paid to accompany clients to medical facilities and on certain errands, as long as the help they provide fits into the narrow category of providing personal assistance, such as aid getting in and out of cars. But caregivers are not paid for simply giving clients a ride if other help is not needed—for “chauffeuring,” as a Contra Costa pamphlet calls it. Moreover, they are not supposed to use their own cars to take clients places, which puts the vast majority of clients in a bind because they do not own cars. Caregivers also are not paid for the time they spend waiting for clients, which means that they sometimes have to leave their clients at appointments or wait without pay until the clients are done. One worker complained about having to spend her limited personal money on “public transportation to [accompany] my client to outings (school, family, grocery store, hospital, etc.).” Nevertheless, many IHSS homecare workers feel compelled to put aside their job descriptions and help in whatever way they can. IHSS could pay homecare workers for the time they spend waiting for clients at necessary destinations. IHSS could allow caregivers to use their own cars to transport clients, reimburse them for gas and mileage, and offer them transit passes or loans to purchase cars.

Many clients also would love to get around independently, but to do so they would need better van services, transit passes, loans for cars, and money for vehicle maintenance. They also would need public transportation designed around their physical limitations. Local and state agencies should continue to rank such improvements among their top priorities. 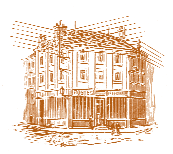 Transportation is only part of the solution. City planners also can continue to explore incentives for developers to build affordable housing for seniors and the disabled near public transit and key destinations. The reigning wisdom is that everyone wants the suburban dream of backyard space and fewer neighbors—and many people do. But when I asked IHSS clients, “Would you want to live in a neighborhood with more people if it meant being closer to shopping, medical, and social services?” more than half said yes, including many who already lived in higher density parts of Contra Costa. Their physical and income constraints help explain their answers: “Doctors are too far to walk to. Grocery outlet closed down last year.” “It was not as bad until they stopped bus service except for weekday mornings and evenings.” “Hoping to relocate to a more mobile independent access [area]—shopping without any assistance and feel safe.”

Similarly crucial are national policies to fund mass transit for seniors and the dis- abled and to support caregiver programs. Such efforts would follow in the footsteps of large-scale legislative action such as the ADA, the Older Americans Act as reauthorized in 1992, the Family and Medical Leave Act of 1993, and the New Freedom Program funded by the Safe, Accountable, Flexible, Efficient Transportation Equity Act: A Legacy for Users (SAFETEA-LU) of 2005.

While many of these expansions would be expensive in the short term, they also promise to save money eventually. For example, by facilitating timely medical care, the measures could help prevent worse health problems. They could decrease workplace disruptions for family members and expensive emergency transportation. They also could increase clients’ contributions to their communities, the importance of which California recently recognized by allowing clients to receive IHSS assistance at their jobs.

The benefits of these proposals to frail elderly and physically disabled people and their homecare workers are clear. Yet other populations would benefit as well. People of all ages and physical abilities can appreciate more comfortable public transportation, improved amenities such as smoother sidewalks, and affordable housing close to necessary services. Those who worry about isolated friends and family members will experience some relief. Even more selfishly, any of us could become disabled, and all of us lose mobility over time. If we wait to address these problems, we may be the ones who have no way to get to work.

A version of this article was published previously in the quarterly magazine The Next American City, No. 10 (2006); http://www.americancity.org. The author wants to note her deep debt to Professor Martin Wachs for guiding this research.

Annie Decker, “Effects of Land Use on the Mobility of Elderly and Disabled and Their Homecare Workers, and the Effects of Care on Client Mobility: Findings from Contra Costa, California,” Master’s thesis submitted to the University of California, Berkeley, Department of City and Regional Planning, 2005,

Annie Decker holds a Master in City Planning from the University of California, Berkeley (annie.decker@yale.edu).