What If Cars Could Drive Themselves?

Self-driving cars may yield safety and environmental benefits among others.

Even when cars were still young, futurists began thinking about vehicles that could drive themselves, without human help. Perhaps the best known of these conjectures was the General Motors Futurama, the hit of the 1939 New York World’s Fair. During the following decades interest in automated vehicles rose and fell several times. Now, at the start of the new century, it’s worth taking a fresh look at this concept and asking how automation might change transportation and the quality of our lives.

Consider some of the implications of cars that could drive themselves.

But is this a realistic prospect? Or is it some Buck Rogers fantasy? Based on more than a decade’s research at California PATH and other institutions, it is most certainly a genuine prospect for operations on controlled-access freeway lanes. This research has addressed issues ranging from operational concepts to technology development, from societal and institutional issues to the effects on transportation system capacity and safety. The National Automated Highway System Consortium’s Demo ’97 in San Diego provided an opportunity for visitors from around the world to experience automated vehicles in operation under controlled conditions. The reactions of those visitors were overwhelmingly positive.

Automating the process of driving is a complex endeavor. Advancements in information technology of the past decade have contributed greatly, and research specifically devoted to the design of automated highway systems has made many specific contributions. This progress makes it possible for us to formulate operational concepts and prove out the technologies that can implement them.

We can now readily visualize your trip on an automated highway system:

Imagine leaving work at the end of the day and needing to drive only as far as the nearest on-ramp to the local automated  highway. At the on-ramp, you press a button on your dashboard to select the off-ramp closest to your home and then relax as your car’s electronic systems, in cooperation with roadside electronics and similar systems on other cars, guide your car smoothly, safely, and effortlessly toward your destination. En route you save time by maintaining full speed even at rush-hour traffic volumes. At the end of the off-ramp you resume normal control and drive the remaining distance to your home, better rested and less stressed than if you had driven the entire way. The same capability can also be used over longer distances, e.g. for family vacations that leave everybody, including the “driver,” relaxed and well-rested even after a lengthy trip in adverse weather.

Although many different technical developments are necessary to turn this image into reality, none requires exotic technologies, and all can be based on systems and components that are already being actively developed in the international motor vehicle industry. These could be viewed as replacements for the diverse functions that drivers perform every day: observing the road, observing the preceding vehicles, steering, accelerating, braking, and deciding when and where to change course.

PATH researchers have developed a road-reference and sensing system that makes it possible to determine accurately a vehicle’s position and orientation relative to the lane’s center. Cheap permanent magnets are buried at four-foot intervals along the lane centerline and detected by magnetometers mounted under the vehicle’s bumpers. The magnetic-field measurements are decoded to determine the lateral position and height of each bumper at accuracies of less than a centimeter. In addition, the magnets’ orientations (either north pole or south pole up) represent a binary code (either 0 or 1), and indicate precise milepost locations along the road, as well as road geometry features such as curvature and grade. The software in the vehicle’s control computer uses this

information to determine the absolute position of the vehicle, as well as to anticipate upcoming changes in the roadway.

Other researchers have used computer vision systems to observe the road. These are vulnerable to weather problems and provide less accurate measurements, but they do not require special roadway installations, other than well-maintained lane markings.

The distances and closing rates to preceding vehicles can be measured by a millimeter-wave radar or a laser rangefinder. Both technologies have already been implemented in commercially available adaptive cruise control systems in Japan and Europe. The laser systems are currently less expensive, but the radar systems are more effective at detecting dirty vehicles and operating in adverse weather conditions. As production volumes increase and unit costs decrease, the radars are likely to find increasing favor.

The equivalents of these driver muscle functions are electro-mechanical actuators installed in the automated vehicle. They receive electronic commands from the onboard control computer and then apply the appropriate steering angle, throttle angle, and

brake pressure by means of small electric motors. Early versions of these actuators are already being introduced into production vehicles, where they receive their commands directly from the driver’s inputs to the steering wheel and pedals. These decisions are being made for reasons largely unrelated to automation. Rather they are associated with reduced energy consumption, simplification of vehicle design, enhanced ease of vehicle assembly, improved ability to adjust performance to match driver preferences, and cost savings compared to traditional direct mechanical control devices.

Deciding When and Where to Change Course

Computers in the vehicles and those at the roadside have different functions. Roadside computers are better suited for traffic management, setting the target speed for each segment and lane of roadway, and allocating vehicles to different lanes of a multilane automated facility. The aim is to maintain balanced flow among the lanes and to avoid obstacles or incidents that might block a lane. The vehicle’s onboard computers are better suited to handling decisions about exactly when and where to change lanes to avoid interference with other vehicles.

Some additional functions have no direct counterpart in today’s driving. Most important, wireless communication technology makes it possible for each automated vehicle’s computer to talk continuously to its counterparts in adjoining vehicles. This capability enables vehicles to follow each other with high accuracy and safety, even at very close spacings, and to negotiate cooperative maneuvers such as lane changes to increase system efficiency and safety. Any failure on a vehicle can be instantly known to its neighbors, so that they can respond appropriately to avoid possible collisions.

In addition, there should be electronic “check-in” and “check- out” stations at the entry and exit points of the automated lane, somewhat analogous to the toll booths on closed toll roads, where you get a ticket at the entrance and then pay a toll at the exit, based on how far you traveled on the road. At check-in stations, wireless communication between vehicles and roadside would verify that the

vehicle is in proper operating condition prior to its entry to the automated lane. Similarly, the check-out system would seek assurance of the driver’s readiness to resume control at the exit. The traffic management system for an automated highway would also have broader scope than today’s traffic management systems, because it would select an optimal route for every vehicle in the system, continuously balancing travel demand with system capacity, and directing vehicles to follow those routes precisely.

Most of these functions have already been implemented and tested in experimental vehicles. All except for check-in, check-out, and traffic management were implemented in the platoon-scenario demonstration vehicles of Demo ’97. A single 166 MHz Pentium computer (obsolete by standards of today’s normal desktop PCs) handled all the necessary in-vehicle computations for vehicle sensing, control, and communications.

The key technical challenges that remain to be mastered involve software safety, fault detection, and malfunction management. The state of the art of software design is not yet sufficiently advanced to support the development of software that can be guaranteed to perform correctly in safety-critical applications as complex as road-vehicle automation. Excellent performance of automated vehicle control systems (high accuracy with superb ride comfort) has been proven under normal operating conditions, in the absence of failures. Elementary fault detection and malfunction management systems have already been implemented to address the most frequently encountered fault conditions, for use by well-trained test drivers. However, commercially viable implementations will need to address all realistic failure scenarios and provide safe responses even when the driver is a completely untrained member of the general public. Significant efforts are still needed to develop system hardware and software designs that can satisfy these requirements.

The nontechnical challenges involve issues of liability, costs, and perceptions.

Automated control of vehicles shifts liability for most crashes from the individual driver (and his or her insurance company) to the designer, developer, and vendor of the vehicle and roadway control systems. Provided the system is indeed safer than today’s driver-vehicle-highway system, overall liability exposure should be reduced. But its costs will be shifted from automobile insurance premiums to the purchase or lease price of the automated vehicle and toll for use of the automated highway facility.

All new technologies tend to be costly when they first become available in small quantities, then their costs decline as production volumes increase and the technologies mature. We should expect vehicle automation technologies to follow the same pattern. They may initially be economically viable only for heavy vehicles (transit buses, commercial trucks) and high-end passenger cars. However, it should not take long for the costs to become affordable to a wide range of vehicle owners and operators, especially with many of the enabling technologies already being commercialized for volume production today. 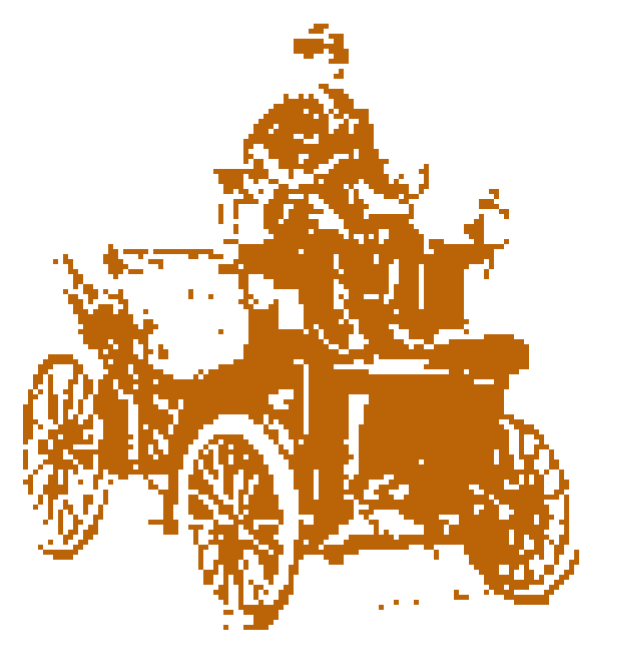 The largest impediment to introduction of electronic chauffeuring may turn out to be the general perception that it’s more difficult and expensive to implement than it really is. If political and industrial decision makers perceive automated driving to be too futuristic, they will not pay it the attention it deserves and will not invest their resources toward accelerating its deployment. The perception could thus become a self-fulfilling prophecy.

It is important to recognize that automated vehicles are already carrying millions of passengers every day. Most major airports have automated people movers that transfer passengers among terminal buildings. Urban transit lines in Paris, London, Vancouver, Lyon, and Lille, among others, are operating with completely automated, driverless vehicles; some have been doing so for more than a decade. Modern commercial aircraft operate on autopilot for much of the time, and they also land under automatic control at suitably equipped airports on a regular basis.

Given all of this experience in implementing safety-critical automated transportation systems, it is not such a large leap to develop road vehicles that can operate under automatic control on their own segregated and protected lanes. That should be a realistic goal for the next decade. The transportation system will thus gain substantial benefits from the revolution in information technology.