Developers still build parking when it’s not required, but they only build what the market demands.

Why do cities require so much off-street parking for new apartment buildings?

Many urban planners argue that residents who own cars will park on the streets if a building doesn’t have enough off-street spaces. Others counter that parking requirements increase housing costs and subsidize cars. A third group says that banks will not finance new apartment buildings without parking, developers will not build them, and tenants will not rent them.

Portland, Oregon, tested these claims by removing the parking requirements for apartment buildings located within 500 feet of frequent transit service—38 percent of all parcels in the city. What happened next? Banks are lending, developers are building, and tenants are renting new apartments without parking. The market for these apartments is large because almost a quarter of Portland’s renter households do not own a car.

As predicted, however, many tenants in apartments without off-street parking do own cars, and park them on the nearby streets. Residents of the surrounding neighborhoods understandably complain about parking spillover, and who can blame them? They want to keep parking easy for themselves and fear their home values will fall if the curb parking is crowded. As a result, they want the city to require off-street parking for all new apartments. 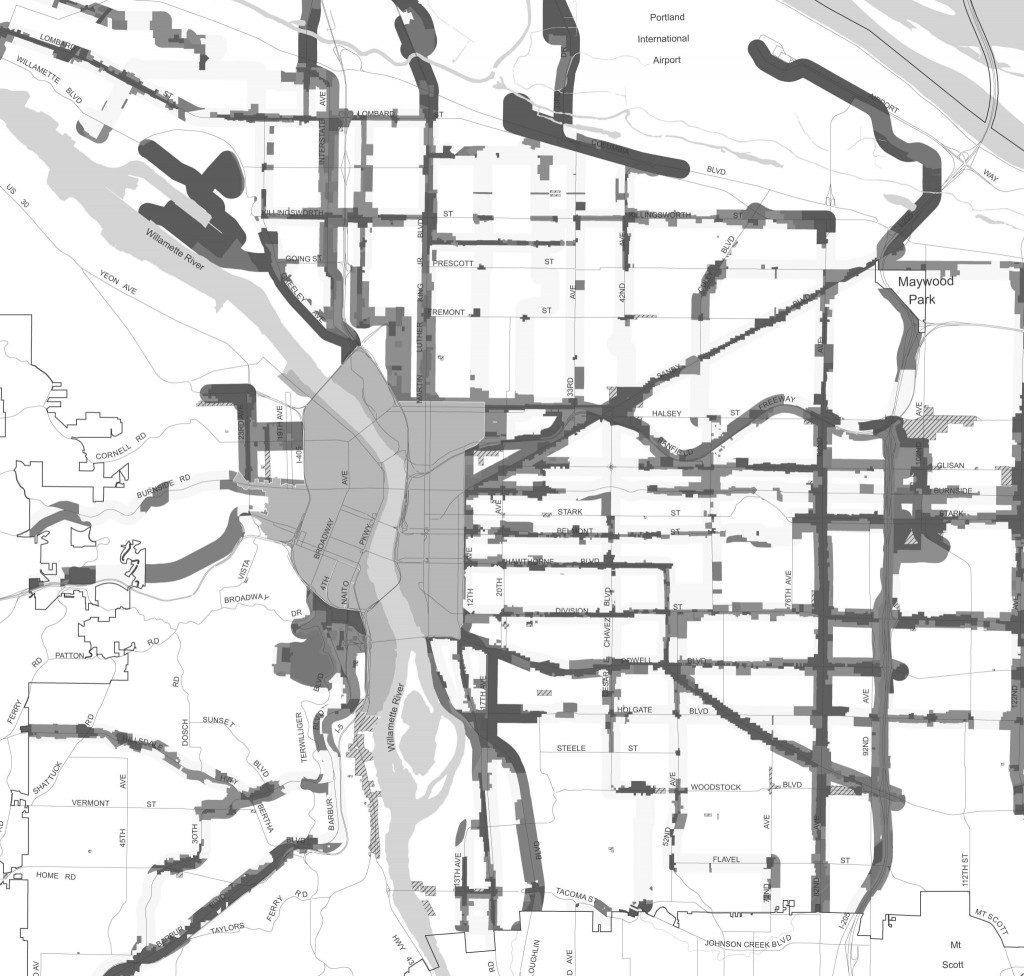 No, because there is a cheaper and better way to prevent parking spillover. Instead of requiring off-street parking, cities can better manage on-street parking. One simple strategy is to allow the residents of any block to adopt an Overnight Parking Permit District. These districts prohibit overnight parking on the street except by residents and thus prevent nonresidents from storing their cars in front of residents’ homes.

Los Angeles, for example, charges residents $15 per year (less than half a cent per day) for an overnight permit. Residents can also buy guest permits for $1 per night. Enforcement is easy because officers need to make only one visit during a night to cite all cars parked without permits.

If everyone can easily park free on the street, developers have little incentive to build off-street parking and little ability to charge for the parking spaces they do build. Overnight permit districts, however, give developers a strong incentive to build as much off-street parking as tenants demand. If nearby residents don’t want an overnight permit district on their block, the spillover problem from apartments without parking can’t be that bad.

Some cities, like Boulder, Colorado, also sell a few permits to nonresidents on blocks that regularly have a vacancy rate greater than 25 percent. Nonresidents pay market prices for the permits, each permit is valid for a specific block, and the city sells no more than four nonresident permits on any block.

To encourage residents to accept a few nonresident permits on their block, the city can dedicate the resulting revenue to pay for added public services on the block. For example, a block that allows overnight parking by four nonresidents at $50 a month will raise $2,400 a year for public services such as repairing sidewalks or undergrounding the overhead utility wires. Residents can keep all the on-street parking on their block for themselves, but blocks that allow a few nonresident permits will receive new public investment.

The combination of apartments without parking, overnight permit districts, and free transit passes will encourage residents to ride public transit, cycle, and walk.

Overnight parking permits will not solve all the problems that removing off-street parking requirements can create. For example, drivers who visit or work in buildings without off-street parking may park in nearby neighborhoods during the day. In this case, the city can add a daytime permit district on blocks that request it. If the residents agree, the city can also allow nonresidents to pay for parking on blocks that have daytime vacancies, and the revenue will pay for better public services.

Cities should manage the on-street parking supply before they remove their off-street parking requirements. Parking permit districts are a politically feasible way to begin managing on-street parking because they protect each neighborhood by charging nonresidents. Favoring insiders over outsiders for parking on public streets may seem unfair, but political reforms must start from the status quo, and progress is often merely a small step in the right direction. As Supreme Court Justice Benjamin Cardozo wrote, “Justice is not to be taken by storm. She is to be wooed by slow advances.”

This article is adapted from an earlier version, “Portland Should Consider Overnight Permits to Solve Its Parking Headache,” originally published in The Oregonian. More information about Portland’s parking plan is available at:http://www.portlandoregon.gov/bps/59974.