Ever-expanding parking lots are a less-desirable side effect of increased car ownership.

You don’t know what you’ve got till it’s gone. They paved paradise and put up a parking lot.

There were 647 million vehicles on earth in 1995. If the rest of the world had matched the 1995 US ownership rate, there would have been 4.4 billion vehicles. Parking would be a global problem. How much space does it take to park 4.4 billion cars? A typical parking lot holds about 130 cars per acre. At this density, 4.4 billion parked cars require a parking lot about the size of England or Greece. There are currently at least four parking spaces per car in the US. At four spaces per car, 4.4 billion cars require a parking lot about the size of France or Spain. More cars also require more land for highways, service stations, used car dealers, repair shops, automobile graveyards, and tire dumps.

Projections are not necessarily good forecasts, of course. For example, transportation created huge piles of horse manure in cities a century ago, and disaster seemed imminent. Then the horseless carriage came along and solved that problem. Horseless carriages now create a parking problem, but new remedies may yet arrive. After all, we don’t want to pave France or Spain to put up a parking lot. 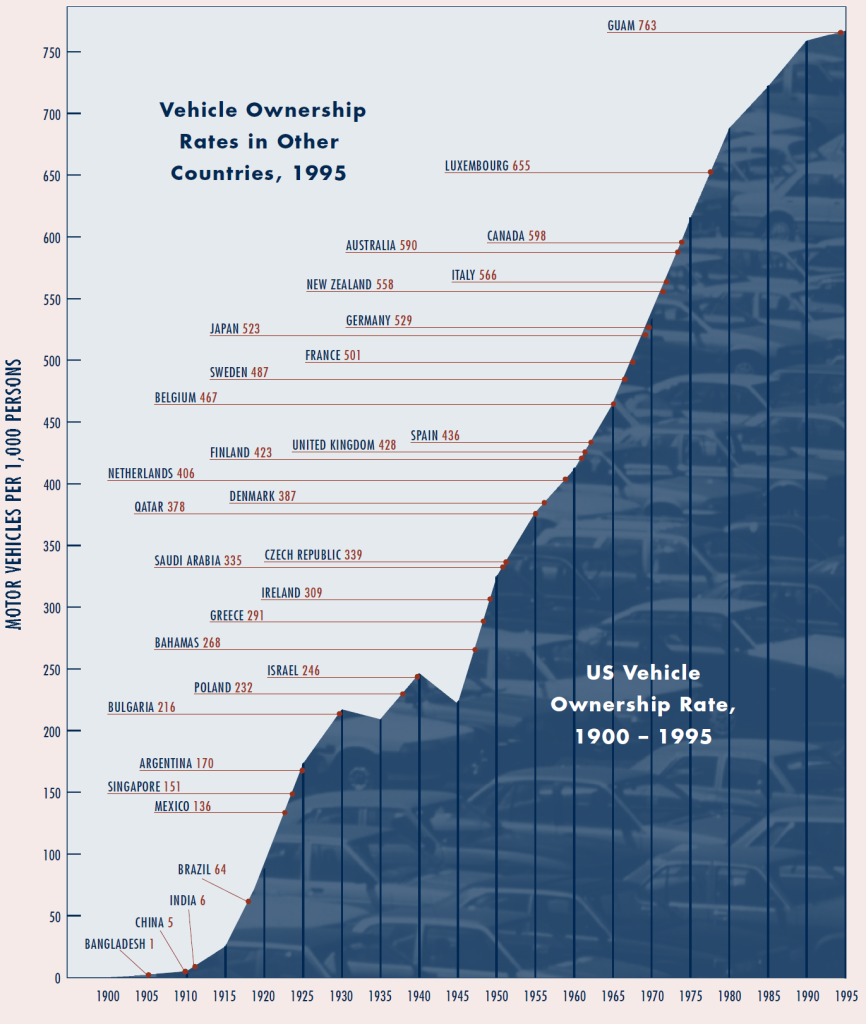