The October 1973 oil price shock made everyone realize how much energy Americans use for transportation-over a quarter of total U.S. energy use (Table 1). By 1993 energy consumption for transportation reached 22.83 quadrillion BTU (British thermal units), of which over 70 percent was used for passenger travel. Not surprisingly, automobile travel accounted for over 40 percent of all energy expended for transportation (Table 2). 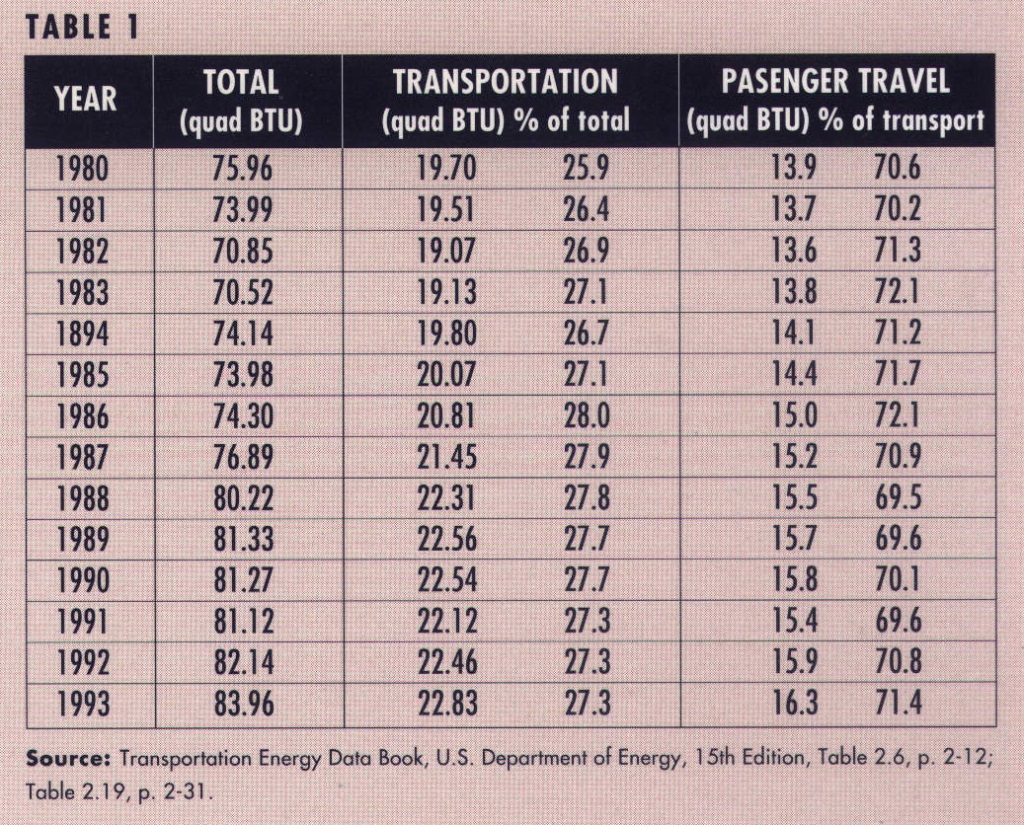 Something has to be done. Many believe we’d conserve energy if more people would use transit. The American Public Transit Association estimates that, in terms of fuel efficiency, one bus with only seven passengers equals one auto. One full bus equals six autos, and one full rail car equals fifteen autos! Transit’s potential to save energy seems promising. But there is one problem: how to fill those buses and rail cars with passengers. People have to be lured out of their comfortable automobiles. So, buses and trains have been fitted with air conditioning and other amenities that use extra energy but make them more attractive. Still, not enough riders are coming. Thus the number of passengers in each transit vehicle is falling, making transit less energy efficient. 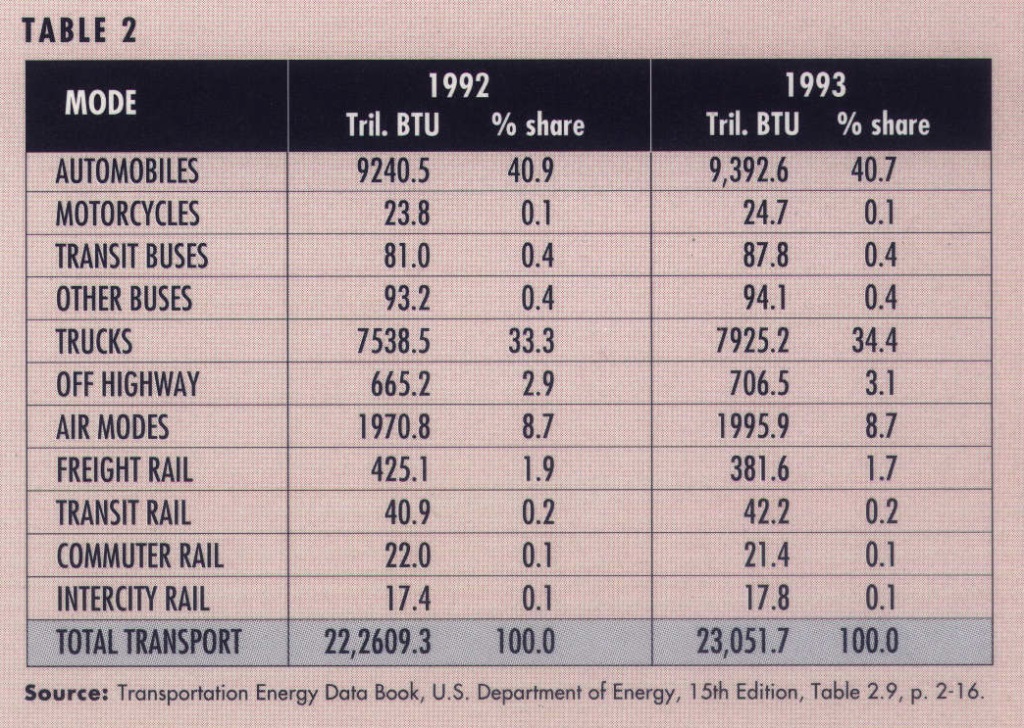 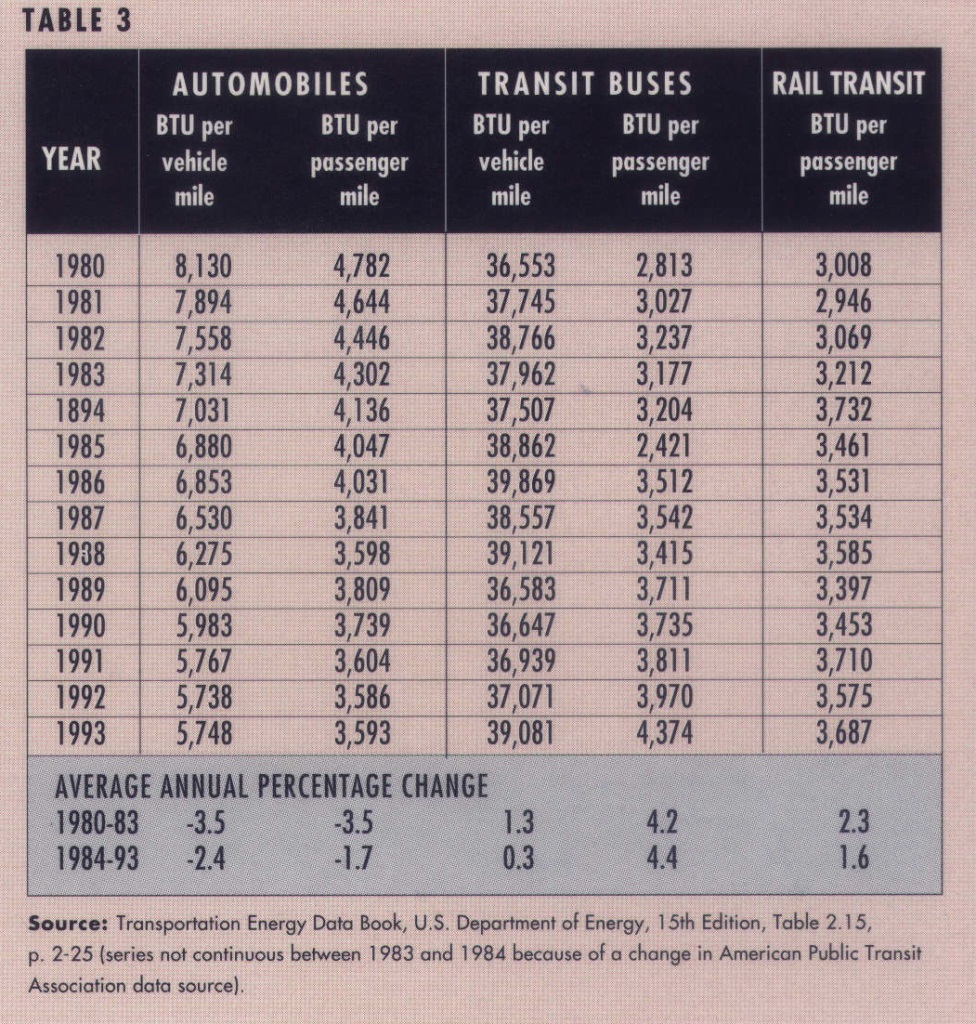 So, should government now encourage people to use cars to save energy? Or is there a way to reverse the trend toward single occupant automobiles and attract more passengers into transit?