Safety fears are a major inhibiter for more bikers taking to the roads.

To those who use a bicycle for transportation, it’s a simple but important machine—cheap, flexible, reliable, and environmentally friendly. Moreover, bicycles are convenient. Someone traveling by bike can usually make a trip door to door, choose among various routes, and easily add stops along the way.

In addition to practicality for local trips, bicycles yield measurable health benefits. Public health professionals are beginning to see bicycles and bicycle-oriented community design as part of the remedy for Americans’ inactive lifestyles, obesity, and related chronic diseases. Yet despite their obvious advantages, and despite federal statutes that promote bicycle planning, bicycles account for but a tiny percentage of trips in the US, even in “bicycle friendly” communities. Less than half of one percent of Americans bicycled to work in 2000. Estimates of personal and recreational bicycle use suggest that somewhere between 65 and 100 million Americans cycle sometimes. Even so, bicycles are scarcely used for everyday trips.

Bicycles do not belong to mainstream transportation culture here as they do in places like Holland. Today’s planners and engineers inherit a legacy of transportation infrastructure built exclusively for motor vehicles. Design, redesign, and construction of bicycle-oriented infrastructure have only recently been acknowledged as public goals. Dispersed land use patterns put many trip origins and destinations too far apart for bicycle travel. But one of the biggest reasons bicycles are underused may be safety: fear of being struck by a motor vehicle discourages many would-be bicycle commuters.

A policy of “routine accommodation” is one sweeping change that could effectively increase bicycle use and, potentially, safety. In Accommodating Bicycle and Pedestrian Travel: A Recommended Approach, USDOT acknowledges that “ongoing investment in the nation’s transportation infrastructure is still more likely to overlook … than integrate bicyclists.” In response, DOT encourages transportation agencies “to make accommodation of bicycling and walking a routine part of planning, design, construction, operations and maintenance activities.”

Whether with wide curb lanes or separate bicycle facilities, corridors that 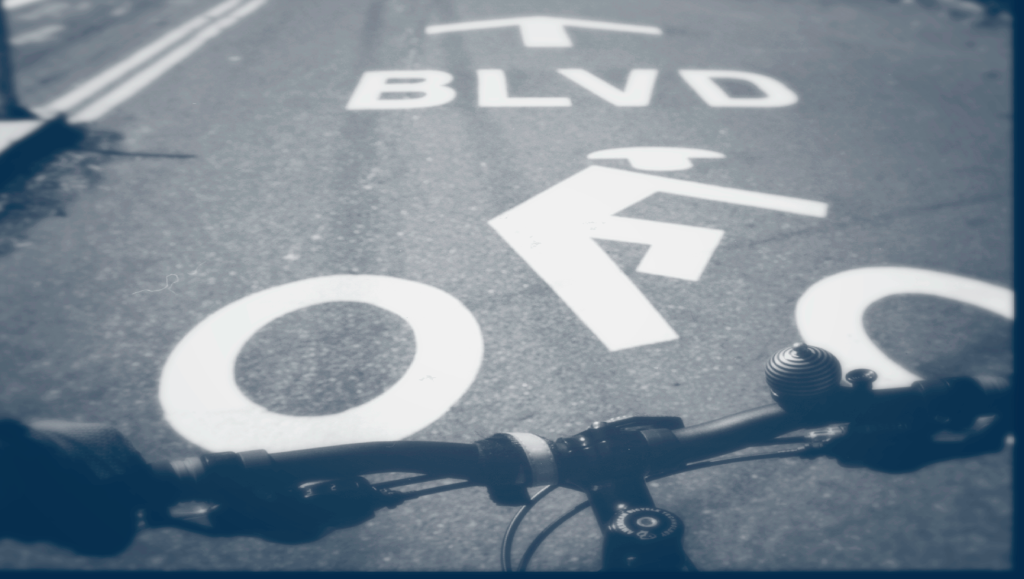 accommodate bicyclists will attract potential riders. New York City’s Hudson River Greenway is one example. An off-street facility, this path provides a north-south route paralleling Route 9A (locally known as the West Side Highway). Opening a key connection in spring 2001 exposed the latent demand for continuous bicycle facilities among New Yorkers. As seen in Figure 1, the number of cyclists jumped dramatically after the link between 55th and 72nd Streets made the facility continuous from 125th Street in Harlem to the Battery. Already one of the most-used bike routes in the US, the Hudson River Greenway provides a direct, scenic, and virtually auto-free route to downtown Manhattan.

Bicycle facilities—whether dedicated off-street paths, on-street lanes, or bicycle- friendly shoulders—can be controversial, even among bike advocates. Indeed some bicycle planners have argued for decades against separate bicycle facilities. Most notable among them, John Forester argues that “cyclists fare best when they act as and are treated as drivers of vehicles,” and that they “can travel with speed and safety almost everywhere a road system goes.” He rejects the proposition that “special, safer facilities must be made for cyclists so they can ride safely.” However, his position ignores the range of ability and experience among cyclists. New bicyclists are more likely to ride where roads are designed with bicyclists in mind, and improvements designed to make potential bicyclists more welcome can have dramatic results. The city of Portland, for example, attributes steadily increasing ridership from 1991 to 2001 to continued investment in its comprehensive citywide bicycle network. Portland also reports that, even with increased ridership, numbers of bicycle-motor vehicle crashes during the 1990s remained constant, which suggests a drop in the collision rate. 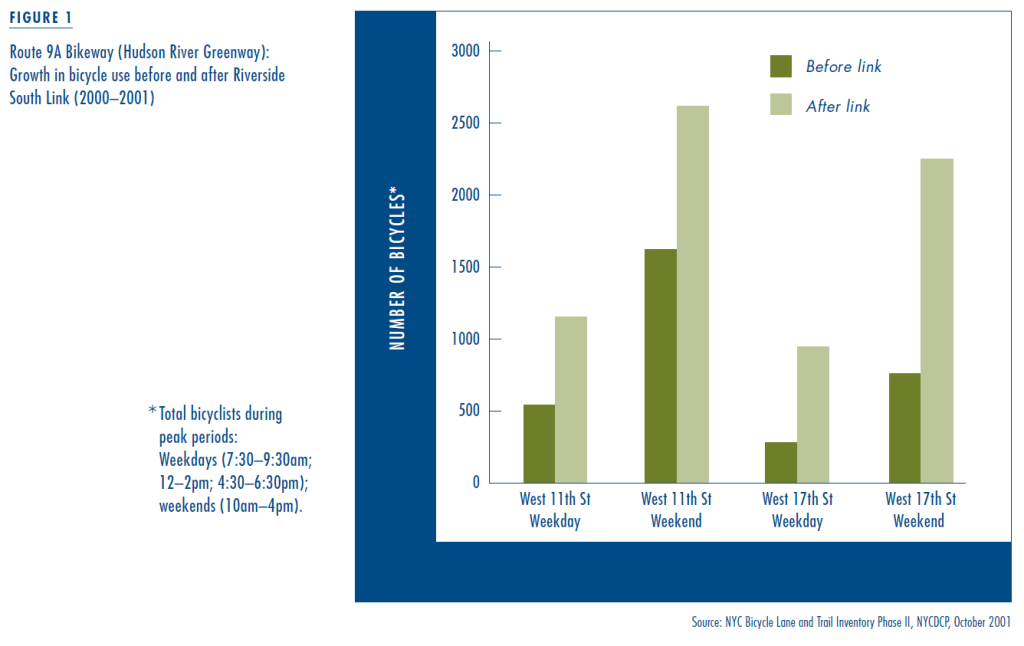 As policy, “routine accommodation” promises a middle ground between inflexible requirements for specific bicycle facilities and complete neglect of bicycle improvements. Bicycle design manuals (e.g., AASHTO’s Guide for the Development of Bicycle Facilities) and professional planners throughout the country have identified numerous bicycle-facility designs for a range of circumstances. But designs must be duly considered and implemented, not just cursorily reviewed and shelved. Routine accommodation implies a deliberate approach to bicycle planning and safety.

Transportation professionals are often at a disadvantage when trying to identify bicyclists’ needs, particularly with regard to safety. When asked to plan for motorized traffic, they can tap authoritative sources with detailed information about roadway volumes, network models, travel habits, collisions, etc. However, data on bicyclists, bicycle trips, and bicycle collisions are sparse. To understand how best to serve bicyclists and reduce 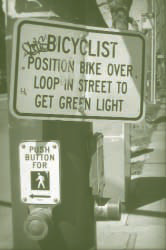 the number and severity of bicycle collisions, it is essential to have better data than currently exist about who rides, how often, how far, how long, on what routes, etc., and especially about the causes of collisions.

Bicyclists themselves are a latent source of valuable information. Regional travel surveys and revisions to transportation demand models should routinely draw on data solicited from them. In many places bicycle advocacy groups have grown increasingly involved in local planning efforts. Planners may find cyclists to be effective partners when seeking appropriate facilities and safety measures.

Analyses of vehicle collisions have led to safety improvements through vehicle redesign, driver education, targeted enforcement, and modified vehicle codes. At the 1993 World Conference on Injury Control, Michael Brownlee pointed out that “over the last ten years, the accomplishments in highway safety have overshadowed all other periods in our history. About 40,000 people are alive today because of the progress made in preventing drunk driving . . . An additional 30,000 lives were saved due to increases in safety belt use.” What if the safety of bicyclists were accorded comparable priority? What if bicycle and motorist education campaigns were pursued on a scale equivalent to aggressive drunk driving and seatbelt campaigns? Since 1932, the first year when estimates were recorded, over 47,000 cyclists have been killed in traffic collisions, according to the National Highway Traffic Safety Administration (NHTSA). From 1995 to 2000, cyclist fatalities trended downward; 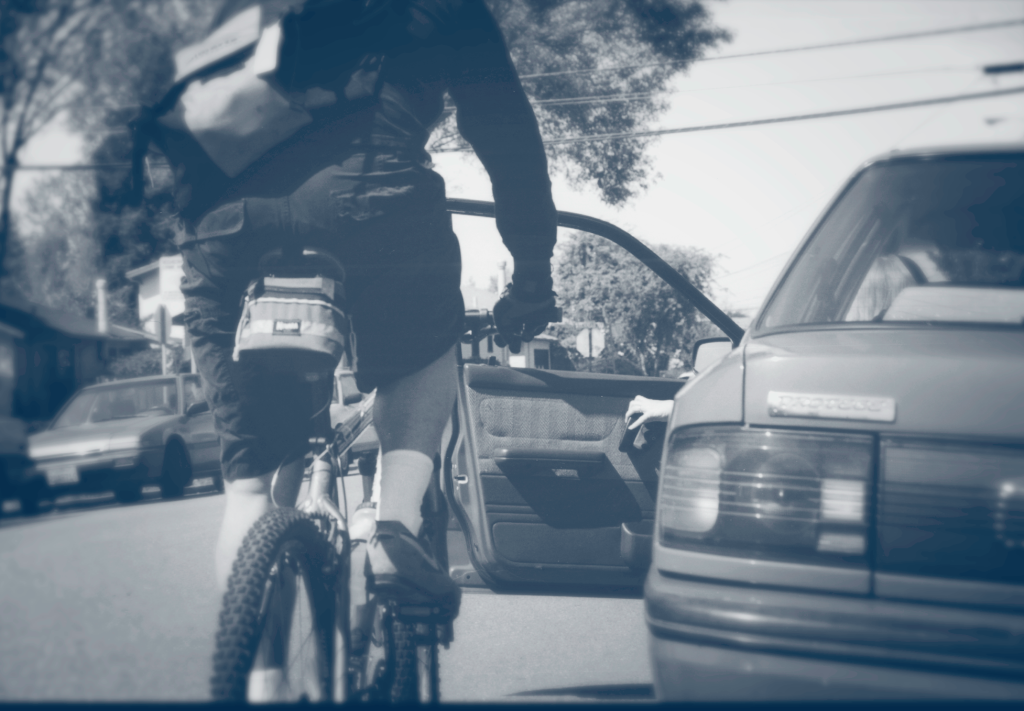 nevertheless, an average of over 750 bicyclists were killed each year. NHTSA data do not capture crashes not involving a motor vehicle or not occurring on a public roadway, but experts estimate an additional 80 bicyclists die each year, an annual total of 830 bicyclist deaths. Also, 51,000 cyclists were injured in reported traffic collisions in the year 2000, accounting for two percent of all reported vehicular crash injuries.

Some researchers suggest that most bicycle crashes involve only one bike and its rider, but that is not reason enough to ignore bicycle-motor vehicle conflicts. Collisions with motor vehicles can result in serious injury. And because we know many causes of bicycle-motor vehicle collisions, we also know what specific behavioral changes can reduce these conflicts. For example, at intersections and driveways, bicyclists and drivers need to make eye contact with each other. As bicyclists and motorists learn to coexist, each should be on guard for the other’s bad habits. Motorists should learn to anticipate bicyclists coming from unexpected locations and directions. Also, bicyclists can actively prevent dooring (i.e., colliding with a vehicle door opening into the bicyclist’s path) by riding a safe distance to the left of parked vehicles. A novice bicyclist might understandably be reluctant to do this, as it means moving into (“taking”) the lane; and many motorists do not recognize the danger from dooring.

Safety instruction for bicyclists is important. Bicycle-safety education efforts, where they exist, most commonly target bicyclists. Essential rules of the road for bicyclists are to obey traffic signals and stop signs, be careful entering roadways at midblock, and ride with the flow of traffic. However, motorist education is also important, though often more difficult and costly. In some states, driver education doesn’t even mention bicycles. Aggressive public service campaigns are not within reach of many bicycle-planning budgets. Understandably, planners would rather 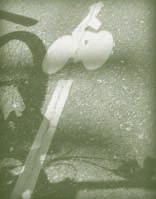 use bicycle dollars to improve and build facilities than to fund costly and marginally effective advertising. Nevertheless, motorist education could save lives by emphasizing caution when pulling into the street and opening doors, consistent use of turn signals, safe speeds, and obedience to traffic signals and stop signs.

Making routine enforcement of traffic laws a priority would help. However, law enforcement officers who are knowledgeable about motor vehicle laws may be less informed about bicyclists’ rights and responsibilities. Moreover, some officers are unfamiliar with the infractions most often associated with bicycle-motor vehicle collisions. Some bicycle advocates contend that police are quick to assume the bicyclist caused the collision, or that officers are prone to cite bicyclists illegitimately because they themselves don’t know the law. One bicyclists’ attorney notes that bicyclists are often cited for speeding when they are not traveling any faster than motor vehicles in the same situation. A study of Los Angeles collision data found most bicycle citations were issued for failure to ride as close as practicable to the right-hand curb, suggesting ignorance of vehicle code provisions entitling cyclists to take the lane in circumstances where curb-hugging is unsafe or inadvisable.

Where to Go From Here

Bicycles are here to stay. Current trends suggest more commuters and recreational riders will turn to bikes for travel, particularly where the design of local transportation networks accommodates bicycles. So planners and policy makers face a choice. They can continue as they have, focusing on cars and considering bicycles only when compelled to. If so, we can expect things to remain as they are, with little support from law enforcement, marginal bicycle facilities, many bicycle injuries, and frustrated bicyclists and motorists.

Or, planners, engineers, and policy makers can acknowledge the benefits of bicycle riding and adopt a policy of routine accommodation. A 1995 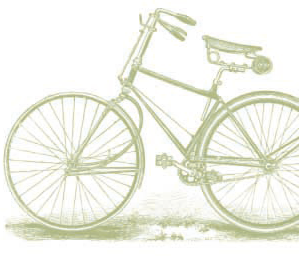 survey conducted for Rodale Press queried respondents first about their current primary means of travel and second about their preferred means of travel, “all things being equal, and if good facilities [for each mode] existed.” The percentage of people who chose to walk or bicycle increased from 5 to 13 percent under those hypothetical circumstances; those who chose driving alone dropped from 76 to 56 percent.

More and better facilities would enhance safety and encourage riding. More bicyclists might accustom motorists to sharing the road and in turn might encourage still more cyclists. Both factors would increase bike safety. Enhanced bike safety might encourage some motorists to try riding; more people switching to bicycles might mean fewer cars on the road, less congestion, better public health, and safer conditions for bicyclists and pedestrians—and even less competition for parking.