Transportation specialists agree that investments in transport infrastructure can generate large developmental payoffs throughout society. But how those effects come about is not readily understood.Variables such as the state of the transportation network, the region’s stage of economic development, the competitive structure of the region’s markets, and technological and institutional changes in transportation, communication, and production systems all affect improvements and the changes they generate, as well as how the overall economy responds. As these contexts vary, so do underlying forces of change, and the consequent social and economic effects.

To study them, we can classify these effects along temporal (short-term, long-term) and spatial (local, regional, global) scales. Short-term effects tend to be easier to recognize than long-term ones, but many of the richest effects are subtle and take a long time to be realized.

Assessments  of  short-term  effects  from improved transportation typically focus on benefits to and adjustments in transport-providing firms, but the changes made by transport-using firms can generate economy-wide adjustments and redistributions over 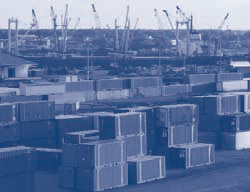 the long run. Cheaper and better transportation promotes interregional and international specialization and trade; in turn, gains from trade permeate into the far corners of the economy.

As transport improvements lower costs and increase accessibility among various market actors (input suppliers, labor, and customers), market expansion and integration follow. Opportunities increase for exporting and importing goods, and new channels open for product, land, and labor markets. First, export expansion leads to higher levels of output, with higher sales covering operating costs as well as increasing profits. Second, imports put competitive pressure on local prices. Such pressures can weaken local monopolies and also can improve efficiency. The economy is constantly being restructured as firms enter and leave, making for leaner production processes, lower production costs, and higher productivity. Third, lowered transport costs and increased accessibility enlarge markets for labor and other inputs. Firms are able to draw labor from broader areas and with wider ranges of attributes, improving labor supply and lowering its costs. Similar effects occur when transport improvements open up new land for economic activities, as when the Interstate system accelerated suburbanization and when air transportation helped fill ski, beach, and golf resorts. Such economic effects rippling through the economy can be captured by assumptions of imperfect competition and the “new economic geography” theory.

By taking advantage of declining transport costs and scale economies, a firm at a given location can enlarge its market area. Agglomeration economies—i.e., efficiencies resulting from ease of access among related neighboring firms—emerge as companies locate in one area, encouraged by a diverse, skilled labor supply, nearby business services, and growing markets. Cumulating processes reinforce the clustering, and regional specialization develops. Further, in activity clusters (cities) made possible by transport improvements, there appear “economies of diversity” (as elaborated by Jane Jacobs), which stimulate innovations, endogenous growth, and a rise in productivity. 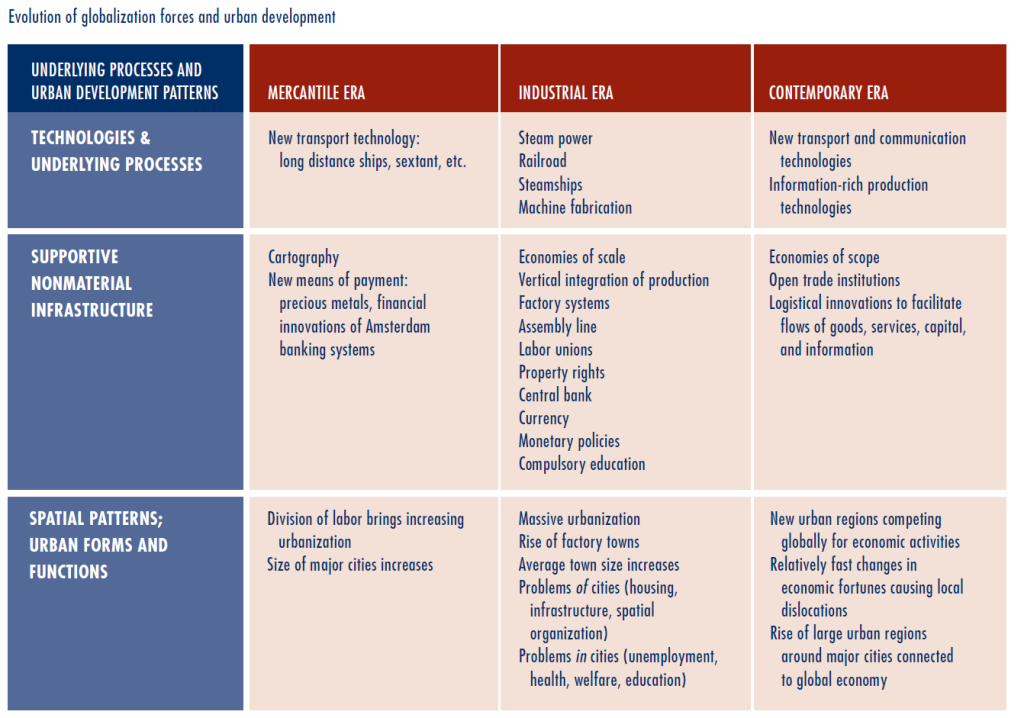 Sustained transportation improvements can also lead to major shifts in technology, new production structures, and improvements in aggregate efficiency. For example, the development first of canals and then of railroads in the 19th century made it possible for areas of the Midwest to shift to specialized agriculture and to export commodities to new

markets. Consequently, a host of improvements in agricultural technology was induced, at least in part, by the expanded market opportunities made possible by those earlier transport improvements. Improved transport also made it possible to develop production systems that required large-scale movement of raw goods from various production regions to manufacturing centers. For example, cotton traveled from agricultural regions in the US South, Egypt, and India to England and New England. Unlike the example of the Midwest, where transport improvements made it possible for a specialized region to reach broader markets, in this case they made it possible for widely separated but complementary regions to integrate into a specialized production system.

Such long-term changes in the scale, composition, and location of economic activities induced by transport investments are more like developmental effects than growth effects. Growth, i.e., getting larger, is a more modest consequence. Development implies a dual structural shift: a new social and technical environment or a new set of economic opportunities emerges, and the pattern of relationships between the environment and social actors changes. Specialized commercial agriculture, the industrial revolution, and the globalization of production are all developmental consequences that would not have been possible without sustained improvements in transportation systems.

This line of thought suggests that the effects of transport improvements are context dependent and not always analytically clear. So, for example, the outcome of a new transport corridor connecting two regions depends on the state of the preexisting transportation network, the state of economic development of the two regions, and the nature of competition in the markets functioning in both regions. Economic assessments of transport improvements must incorporate a broader range of interrelationships and data than are currently reviewed in typical transportation analyses. 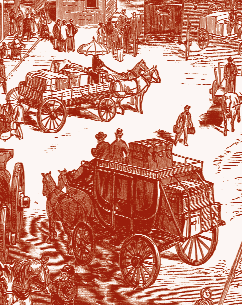 Transport Effects Over the Very Long-Run

Over the very long run—encompassing many decades—sustained improvements in transport technology and infrastructure have promoted major structural changes in national economies. They continue to facilitate globalization processes in contemporary times, much as they did in earlier eras. Economic history suggests that transport technologies and infrastructures effect such structural changes hand in hand with parallel improvements in communication and production technologies as well as institutional and organizational reforms. Thus very-long-run transport effects are joint consequences of changes in transport systems, communication technologies, production systems, and institutions.

The urban development effects of contemporary globalization parallel those of the earlier industrial and mercantile eras. In each era, the forces propelling globalization were twofold: a set of innovations in physical (transport, communication, and production) technologies and infrastructures and a set of nonphysical innovations in organizational and institutional forms.

During the mercantile phase, the key transport innovation was new sailing technology (efficient, long-distance Caravels and Dutch Flutes), which, complemented by new information technologies (e.g., the sextant), made it possible to navigate without landmarks and thus opened Europe for long-distance international trade with Asia and the Americas. Trade was further stimulated by new means of payment—precious metals from the Americas and new financial institutions supported by the city administration of Amsterdam. World trade and the increasing division of labor led to the growth in size of important commercial cities, with Amsterdam emerging as the capital of world trade. 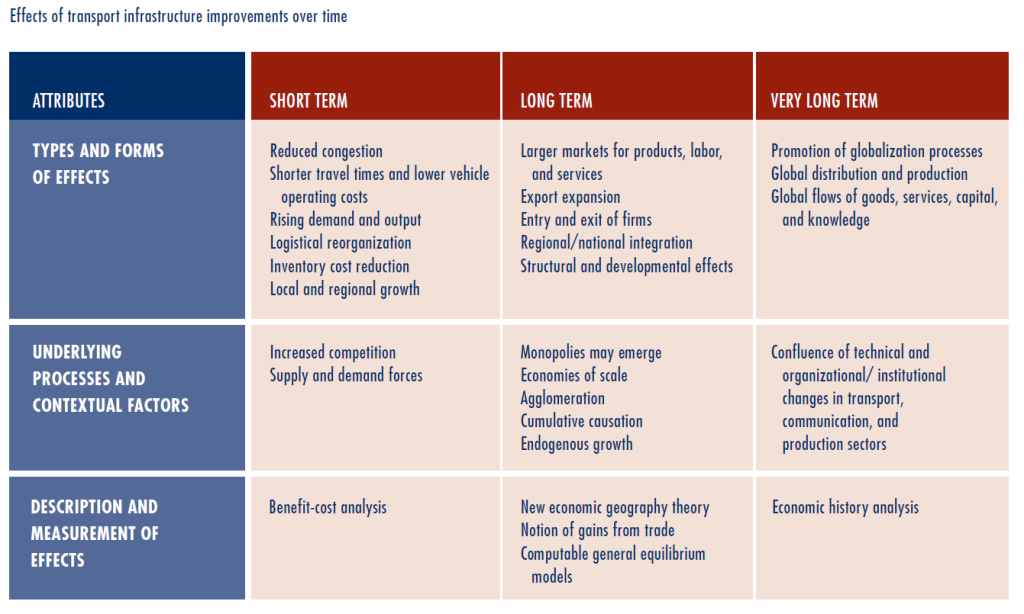 Two types of problems emerged with the new industrial towns. First, income inequalities led to widespread poverty, low levels of education, and poor health among industrial workers. Since these workers lived in cities, these were largely problems in cities. Second, investments in urban infrastructure necessary to support a basic quality of life in dense urban

Smaller urban areas, less endowed with global accessibility and knowledge, fare differently in the competition for global production locations. The ability of a smaller urban region to participate in the global division of labor depends on what cost advantages it can offer or what growth strategies it can develop that allow it to export to global markets. The evolution of globally competitive urban centers shifts important aspects of economic policy to the urban level, with an increasing role for urban economic policy. 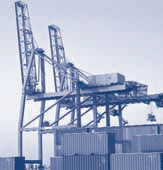 nature of competition in the regions. This suggests that economic assessments of transport improvements must incorporate a broader range of interrelationships and data than are typically reviewed in transportation analyses. Second, economic history teaches that sustained improvements in transportation, going hand in hand with parallel improvements in information and production technologies and institutional structures, cause structural and developmental transformations— suggesting that very long-term transport effects are joint consequences of the evolution of transport, information, production, and institutional structures.

T.R. Lakshmanan and Lata Chatterjee, “The Entrepreneurial City in the Global Marketplace,” Journal of Entrepreneurship and Innovation Management, 2005.

T. R. Lakshmanan is a Professor of Geography and Environment at the Center for Transportation Studies at Boston University (laksh@bu.edu).

Lata R. Chatterjee is a Professor of Geography and Environment at the Center for Transportation Studies at Boston University (lata@bu.edu).